“Look at you, you’re ready to pop!”, says yet another well-meaning stranger who seems to think I’ll appreciate the unsolicited comment when they pass by. I smile politely, instead of telling them I’ve been hearing that for WEEKS now. Yes, the bump is low. That doesn’t mean baby Boo is planning on going anywhere in the next few hours. It just means I’m enjoying an abundance of extra stretch marks and the awkwardness of trying to sit, stand, walk or lie down. It’s virtually impossible to get comfortable. I don’t sit on the couch anymore. I can barely drive as Boo pummels me in protest. Bouncing on the exercise ball doesn’t quite count as relaxing in the evening. I just want to sleep during the heat of the day. Then my legs are restlessly moving all night while Boo pokes my bladder to see why it’s gone all quiet out there.

It’s been a busy few weeks. Too much to do, not enough time or physical capacity to do it. I’m getting less done each day, and taking longer to do it. My poor firstborn is remarkably patient, when he’s not pitching a monster fit over something. I could expand upon the joys/disasters of being heavily pregnant, but I won’t as it’s not all that interesting. And mostly because it’s too hot. Every millimetre my bump grows saps my energy and concentration. Every degree the temperature increases multiplies that effect. And the temperature has been steadily climbing. I may reach a state of total inertia by the morning. So here’s the ‘highlights’ of the last few weeks while my frazzled brain can still remember some of them. As I had suspected/feared. After over a year of trying to get as far as ‘sale agreed’ on our house it finally happened. At 36 weeks pregnant. Just before we went to take it off the market for a while. Of course the property options where we’re looking promptly dried up. Not a single likely prospect. So now we’re going through the drudgery of mountains of paperwork for the solicitors although the chances are remote that this sale will actually complete. Perfect timing. All the good intentions of getting last years Income Tax forms filed have gone out the window. Instead we’re answering anal questions about whether we would leave the curtain poles behind and wondering what heck a pelmet is and who would actually take it with them when they moved house.

I’m on weekly visits from my midwife, which definitely beats trudging to a clinic and sitting around for hours. Instead it’s a couple of hours chatting with the usual medical check at the end. After a few visits I’ve already heard far more information about the pros and cons of everything from vitamin K injections to delayed cord clamping than I knew on my first pregnancy despite attending all the antenatal classes there were. When it’s time for the interesting stuff, the Rascal positions himself alongside on the couch so he can get a good look. He asks if the blood pressure cuff involves an ‘Ow’. He’s told it doesn’t, but looks disbelieving and makes a big production of kissing my arm better after it’s removed. The highlight of the visit for him is always the heartbeat check. The baby’s position is checked, and then his face lights up as the whoop whoop sound is clearly heard.  I’m relieved to be going the homebirth route. It’s a lot more relaxed and family-friendly. I can’t wait to lose this extra weight I’m carrying around and finally meet Boo. But I’m not so keen on what I know lies ahead. And each visit brings us closer to that. It’s a big comfort to know there will be someone we trust there to guide us through it.

A couple of epic shopping trips and I’ve managed to obtain all the items on my ‘birthing list’. My child and my pelvis did not enjoy the outings, but at least everything is in the house now. Somewhere. I haven’t actually finished organising it all. I have all the sexy post-birth stuff. The massive maternity pads, the breastpads, the extra nightwear to sop up the insane night sweats. The shopping trip has been a not-so-pleasant trip down memory lane for a lot of items. Meanwhile the cot we purchased last month is still in its packaging. But I have located and assembled the Moses basket and pram. The car seat is installed. And the biggest to-do item we finally did last weekend. The birth pool trial run. 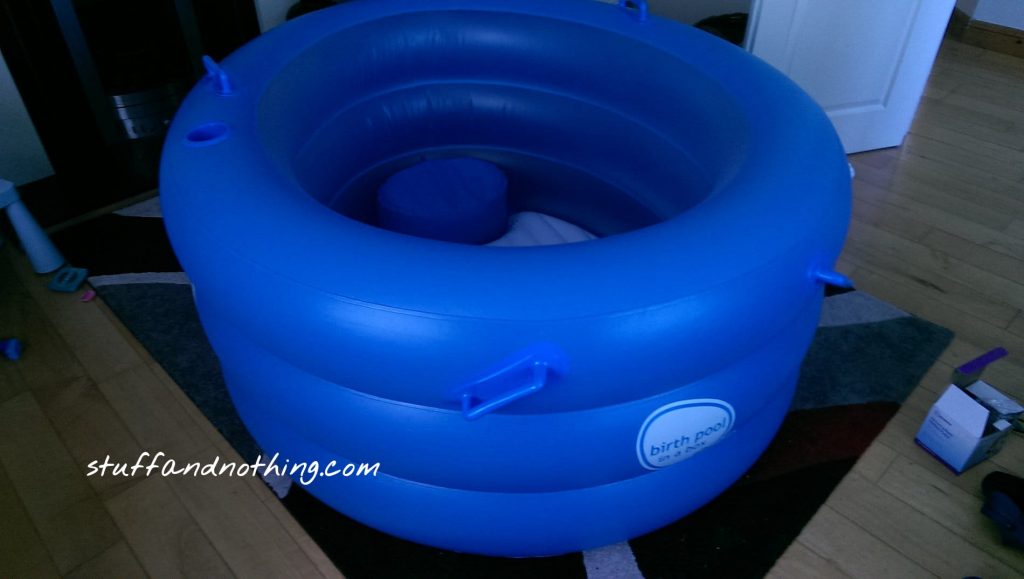 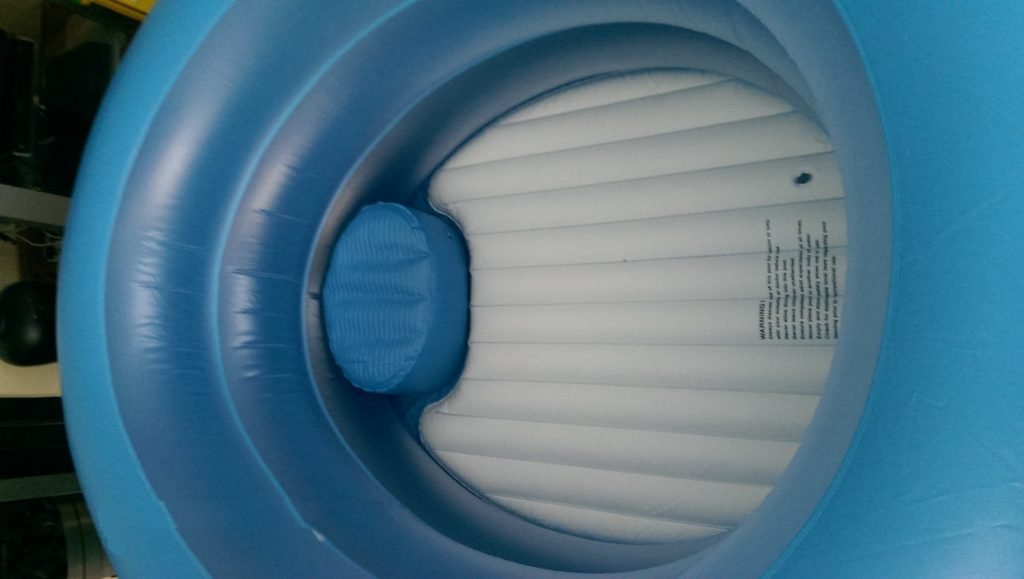 It was successful in that we inflated and filled it a third of the way without any injuries. We figured we’d stretched our water bill enough to ascertain how long it would take to actually fill. I got into it for a short while. Thoughts of relaxing in the pool were destroyed within seconds when the Rascal joined me. Instead we watched him throw ducks about and try to splash the PS4. He had an awesome time. Hopefully the novelty is out of his system. Regardless, the trial run has confirmed that he will NOT be getting into the pool any time during labour. He was gutted to have to get out, but it’s too big to be a permanent fixture in our sitting room. It’s been stowed away until showtime. And after emptying the fiftieth bucket of water out the door my poor husband was very glad we hadn’t fully filled it for the trial.

So now we’re at the real waiting stage of the pregnancy. The baby is full-term. We’re somewhat prepared (not really). This could happen any day now, or not for another month. Me, I could do with at least another week despite being sick of waddling around unable to do much. The weather is not in any way suitable for an early arrival. It was miserable virtually all this year. I’ve been waiting weeks for a dry spell to get the rest of the baby laundry done. But now – now we’re having a heatwave in Ireland. Almost everyone’s outside enjoying the rare sunshine. Not us. No. Because I’m 38 weeks pregnant. And the answer to every excursion, every errand or task that’s sitting waiting to be done is a brief one. “It’s too hot”. It’s most definitely way past a comfortable temperature for being in labour. Stay where you are, Boo. We’re nearly ready for you to arrive. But not yet. The thermometer doesn’t lie. “It’s too damn hot”.