For our time at Airlie Beach we were actually staying out of town in the Bush Village Backpackers in Cannonvale. This is a somewhat quirky place. The hostel use their location as a selling point for customers. With a courtesy bus running in and out of town their advantage over the competition is that you can get in and out of town easily for the nightlife, but return to a nice quiet location when you want to sleep. This works out well enough, though we weren’t too enamoured with the girl driving the bus who constantly seemed to be sucking lemons at the thought of having to do work. 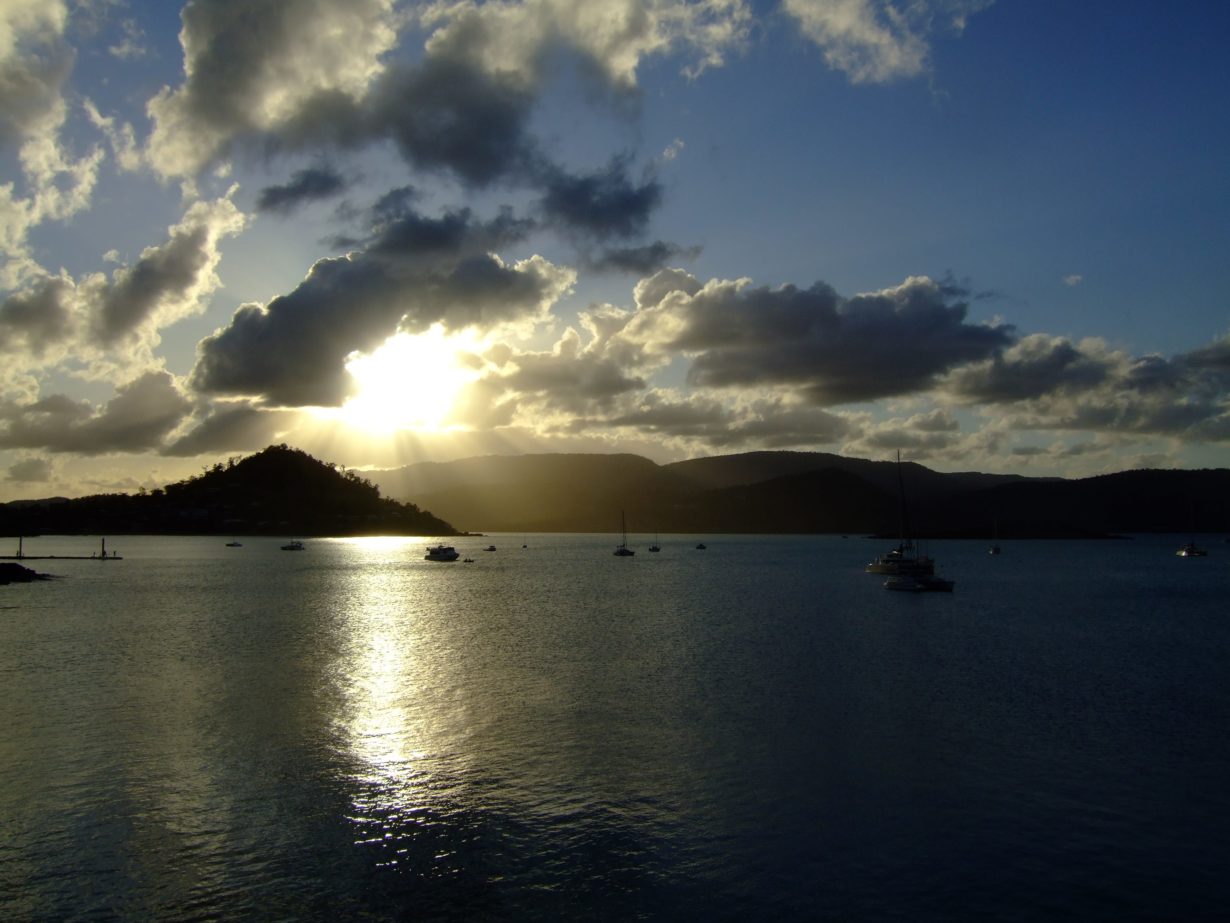 After a nap on the first day, we made our way up to see the owner, Ken, at reception. There were brochures plastered all over the walls for the various types of tours that can be done in the area. Not having made any arrangements, we were interested in hearing the sales pitch all in one go. After asking a few starter questions to narrow things down, Ken methodically worked from one end of the brochures to the other going through the various options and package deals. This took quite a bit of time and after he was done we retired to a table to work out an agreement on what our final decision would be. Despite some major petitioning by Ken for what seemed like a fun park pontoon located over a coral reef, we eliminated that pretty quickly as being too crowded and commercial.  Although execting that it would take some negotiation to reach consensus, it only took a couple of minutes for us to work our way down to the two brochures that had caught both our eyes.

Option One was a day trip on the Domino sailing boat. The tour would start at 9am sailing up the northern end of the Whitsundays to Bali Hai Reef. We would be the only day tour that could stop off at the island where we would have a picnic lunch and do some snorkelling before sailing back to the marina for 5pm. While this looked quite simplistic compared to some of the other brochures, this was the only tour that looked like a real sailing one and took only 8 passengers each day. The beautiful large picture of the quiet beach was enticing us, along with the prospect of being the only group visiting it. Ken had told us we could get this one for $125 each though the price was increasing to $150 in a couple of days for the new summer season. All in all, we were really looking forward to it.

Having covered the sailing aspect of things, we now focused on the purely tourist considerations. Option Two was definitely more commercial. The Whitehaven XPress would be loaded up with 60 passengers before speeding off to Whitehaven Beach which is the famous beach on Whitsunday Island. We would stop off to walk up to a lookout point before continuing to the beach itself. After a bbq for lunch the boat would also bring us up to Mantaray Bay at Hook Island for a spot of snorkelling. This seemed to cover all the main tourist bases for $140 each. Happy with our selection, we left Ken to ring up and book us in for both. That was done with no problems and we were pencilled in for Bali Hai the next day with a day off before the Whitehaven XPress. 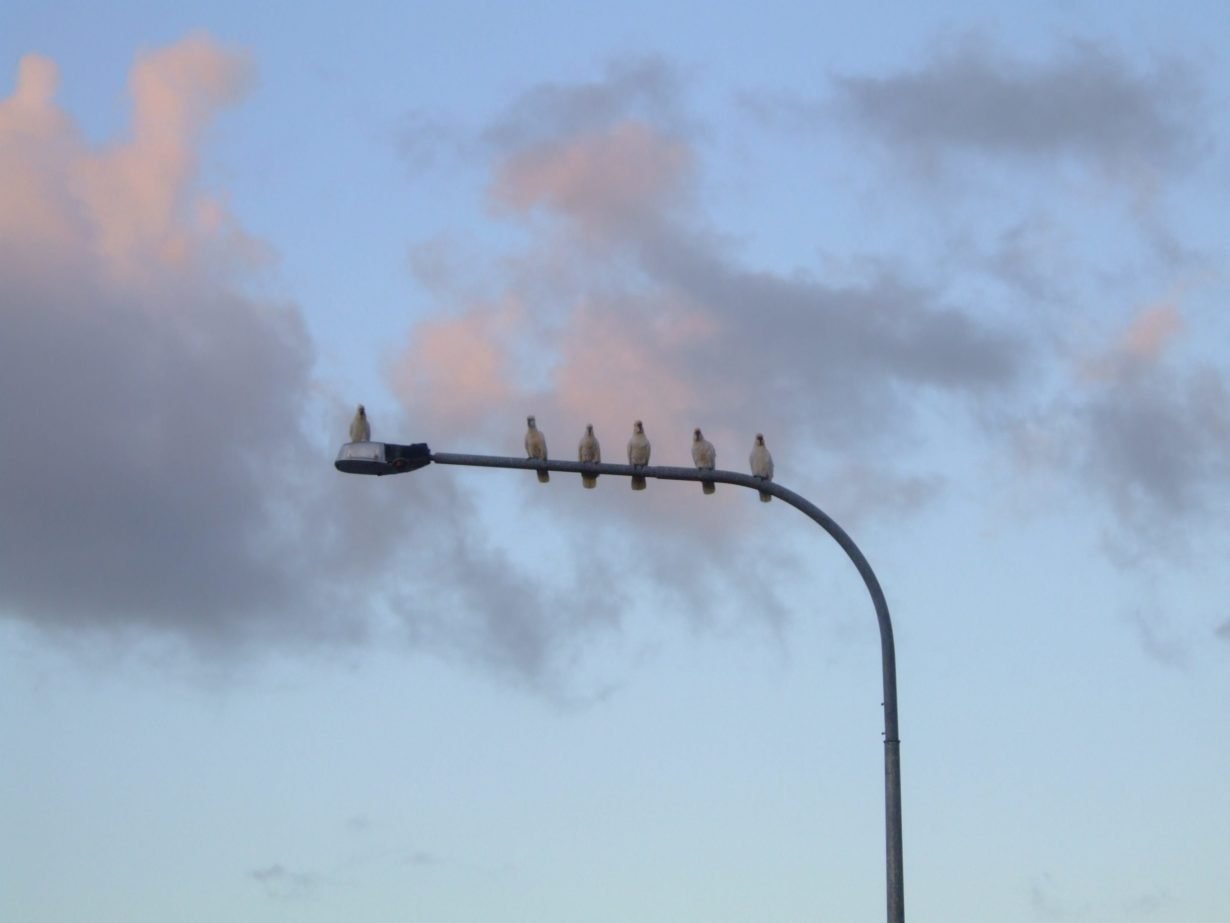 There was nothing left for us to do now but ring up to book our train out of Airlie when the tours were finished. After a quick phonecall to do that we headed into Airlie Beach to see what it was like. We caught a courtesy bus in past the marinas with all their boats to Airlie itself. Airlie is a long strip of bars, restaurants, shops and hostels spreading out from the man-made area of Airlie Lagoon. It’s an attractive place which you can easily imagine being jammed with backpackers during the summer season. Typically it’s all quite overpriced. The locals will head out to Cannonvale shopping centre to pick up their groceries at a more reasonable price. Those looking to party all night are definitely going to be right at home at Airlie Beach though. Even in the quiet season there were hordes of camper vans with their occupants spilling out into the night. After a mexican dinner we left them to it and returned to our hostel in the sticks.

Before retiring to bed we met the other occupants of the cabin we were in. This was one aspect of the accommodation that wasn’t too good. Each cabin has its own toilet, shower and kitchen area. However there are two rooms in each cabin so you’re sharing with someone unless you’re lucky and the hostel isn’t full. That’s fine once you get settled in and accustomed to whoever you’re sharing with, but it’s a bit unsettling when you’re not sure of when to expect new company. We were sharing that night with two Irish cousins who were heading south along the coast the next day. We swapped some notes on various places with them and took note of the horrific sunburn one of them had. Although we were already stocked up with sun cream for the sailing, this was a good reminder of what could happen if we weren’t using it often enough.