Our second day in Auckland it barely stopped raining at all. We rented a cheap piece of junk being passed off as a car, and eventually took the road south-west towards the Waitakere Ranges. This was after much confusion trying to navigate the streets with the aid of a map that only showed random roads. The Waitakere Ranges is a huge regional park containing a number of smaller parks within it that boast a mixture of rainforest and coastlines. Unfortunately the persistent heavy rain limited us to a short exploration. We took the scenic drive, stopping off at the Arataki visitor centre for a more detailed map and continued on to Piha and KareKare beaches. 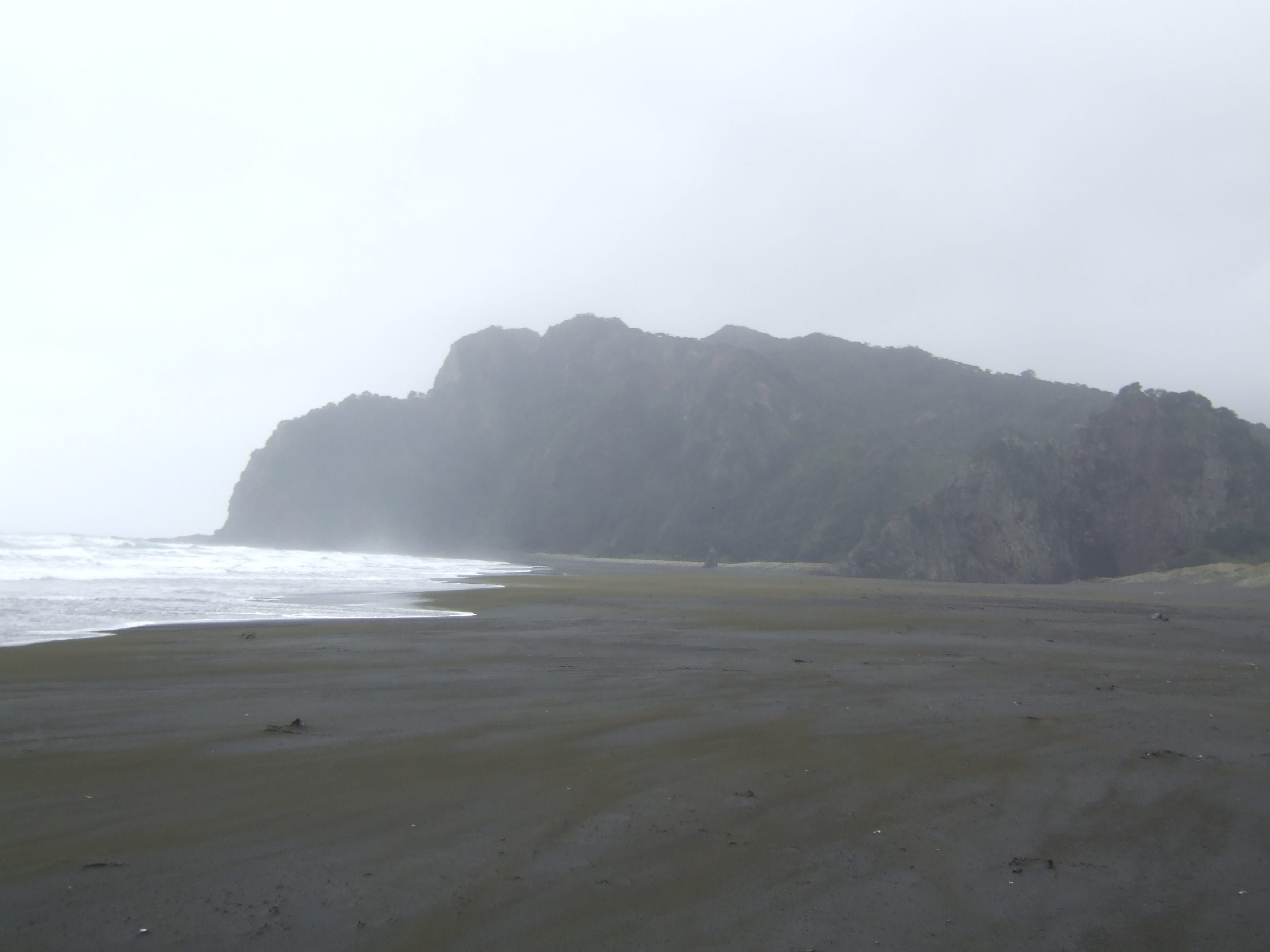 The steep, winding road down to KareKare beach tested the brakes of the car to the limit. KareKare is the filming location of ‘The Piano’, aswell as inspiring one of Crowded House’s song tracks. It’s a very distinctive beach – beautiful even in the bad weather we were experiencing. Luckily a break in the rain coincided with our visit to the beach. The gale force winds continued however, leading us to seek some limited shelter by scaling part of the rocky cliff to a hollow depression where we could sit and watch swirling sand devils whip around the beach below.  The fierce wind would pick up dry sand, forming it into mini-hurricanes that raced across the beach, chasing each other. When we ventured further to walk part of the beach, the sand periodically blasted us while we struggled to keep upright and going in the right direction. 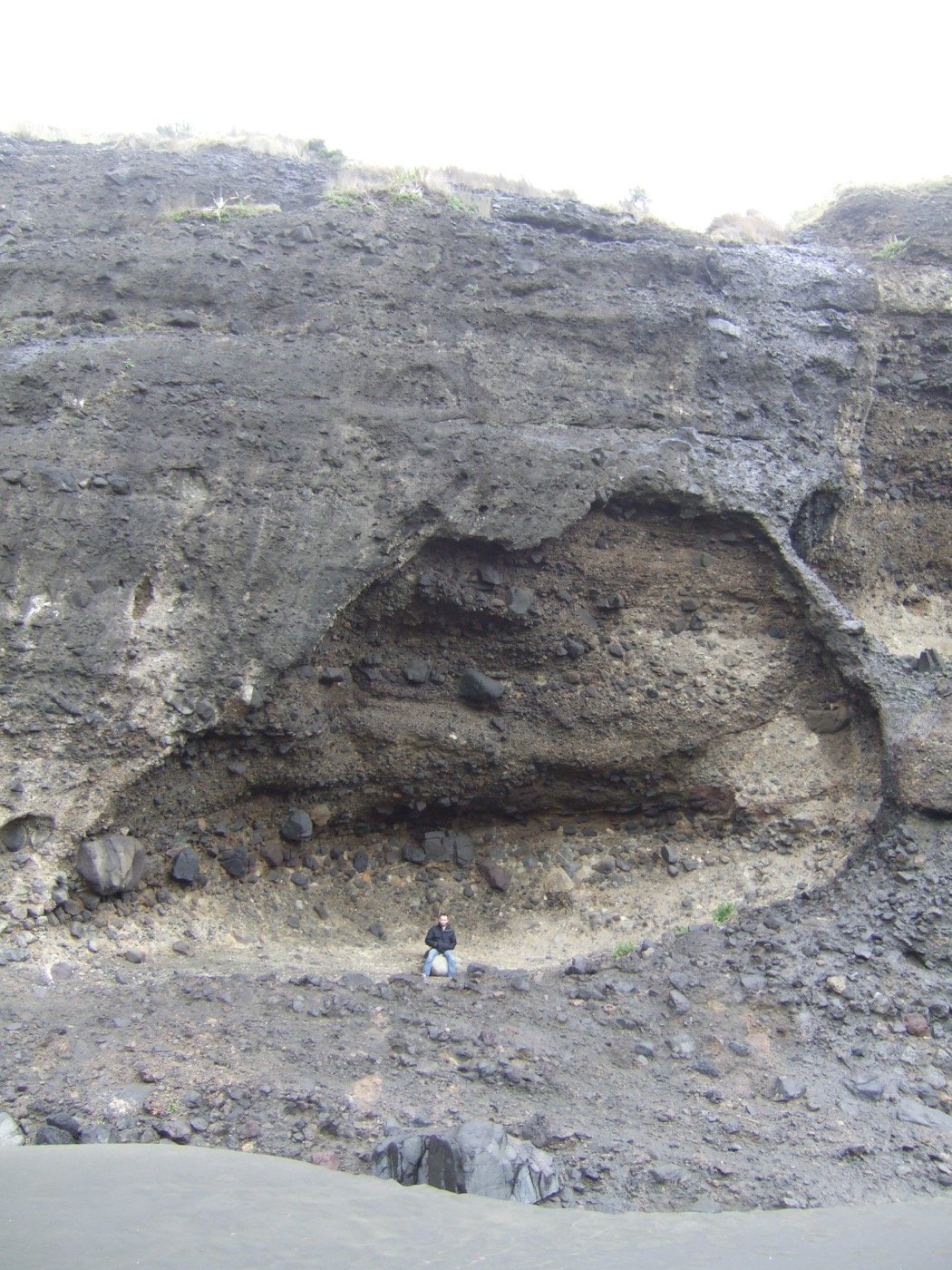 With any cobwebs blown well away, we returned to the car to drive along Piha beach before navigating the maze of Auckland streets to return the rental car and get some food.  Auckland is just the launching point into New Zealand for us, so after catching up on some sleep we were refreshed and ready for further adventures. Our original plan had been to travel on to Tauranga from Auckland and take a boat out to go swimming with dolphins. Communicating with the tour company proved frustrating, and the weather wasn’t looking promising so we changed plans and decided to make Rotorua our next stop instead.