The Big Island is home to a number of attractions. Probably the biggest is Hawaii Volcanoes Park, home to Mauna Loa (the largest volcano in the world by volume) and Mauna Kea (the tallest mountain in the world, measured from the base). On an initially overcast and drizzly day, we slowly drove up to an elevation of 3000+ feet and paid our 10 dollars to enter the National Volcanoes Park.

First stop in the park is the visitors centre which is well-stocked with a bunch of rangers that all sound scarily alike, but are quite entertaining. They dish the facts to newbies and lead guided walks along some of the trails while spinning traditional Hawaiian tales amongst the details. It doesn’t take long to absorb the important facts. The vast bulk of the island consists of volcanoes – one of which is very much active. Acres of new land are being born from Kīlauea, which is constantly pouring lava into the sea, and those who live on the island face the constant threat of an eruption sweeping away their homes.That’s if a tsunami or other natural disaster doesn’t strike before then. The island is a magnet for natural disasters of every description.

Having picked up a map of what roads were currently open (gotta hate those volcano fumes causing half the roads to close), we started our sightseeing with the museum to see just how many different types of material an active volcano can manage to spew up. Turns out there are countless things – the weirdest being “pele’s hair”… strands of volcanic glass that look exactly like human hair. We then read the detailed instructions regarding safeguarding the car from excess sulphur fumes and the location of a clean room should we manage to get ourselves a big dose. 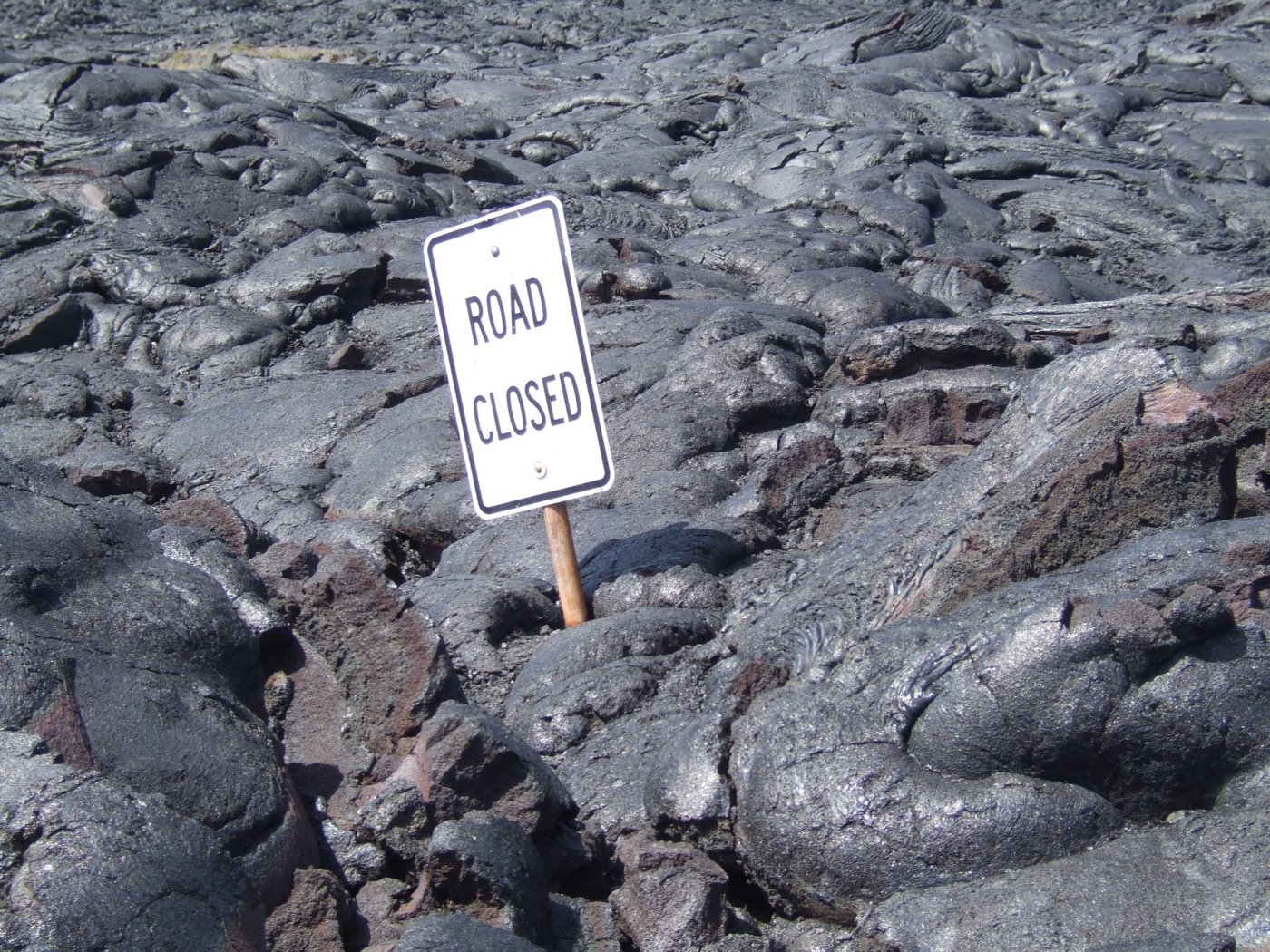 We got a good scorching walking along the sulphur banks, and then headed all the way south, back down to sea level where a lava eruption had wiped out a road. The power of nature is very clearly felt as you see the road disappear under a flow of black lava that continues farther than the eye can see. Clambering over rivers of old lava provides a view in the distance of steam and smoke billowing above the sea at a point where lava and ocean still meet. Another sight to see is Thurston Lava tube – a tube formed when lava cooled around a molten core that continued to flow through it. When it was all over the tube remained. Now in use for a steady stream of tourists to wander through every day.

Having spent a full day clambering around the various sights in the unforgiving sun, we finished it off with a gruelling hike down into a crater, across the steaming floor, and back up the other side. Picture a long long trail through the rainforest before eventually winding down a steep slope to the surface. Barren dense rock stretches out before you, and the rim on the other side seems a long way away, not to mention very high. As you cross the ridges of what was once a lake of lava, you can feel heat from the steam that rises in patches where the ground has cracked a little. The humidity means that none of your sweat evaporates so soon it feels like you’re drenched from head to foot. Add to that the sun beating down overhead. By the time you finally drag your aching body back up to the crater rim you feel ready to drink your weight in water and lie down under the closest tree to sleep. 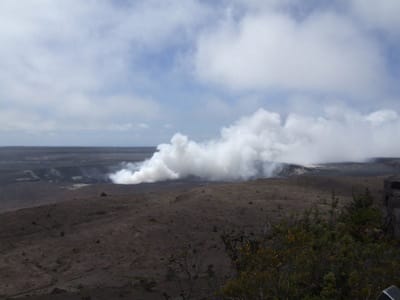 Or alternatively you can chug back the Dr Pepper stowed in your rental car, and turn the air conditioning on full blast until you make it all the way back to Hilo and a much-needed shower. After which you can compare whose skin has turned the most angry shades of red and wish it wasn’t all in random patches.