Hawaii: Waterfalls and mountains of pancakes

For our last morning in Hawaii, we used up the remainder of our petrol on a drive up to see Akara Falls. Just outside of Hilo, we impulsively diverted on a 4 mile ‘scenic route’ which brought us to the Hilo Tropical Gardens and Onekahakaha beach. Walking down the public footpath, you make your way through an abundance of heavy rainforest growth until you reach a small cove with waves vigorously crashing against the rocks. It’s a small, quiet spot – well worth the slight detour along a back road. Continuing on, we reached Akara Falls after travelling past endless flat fields of what was probably sugarcane. There’s a short circular path to walk between Kahuna and Akara Falls which again takes you into the depths of the rainforest, hearing the sound of falling water long before you emerge to see them. 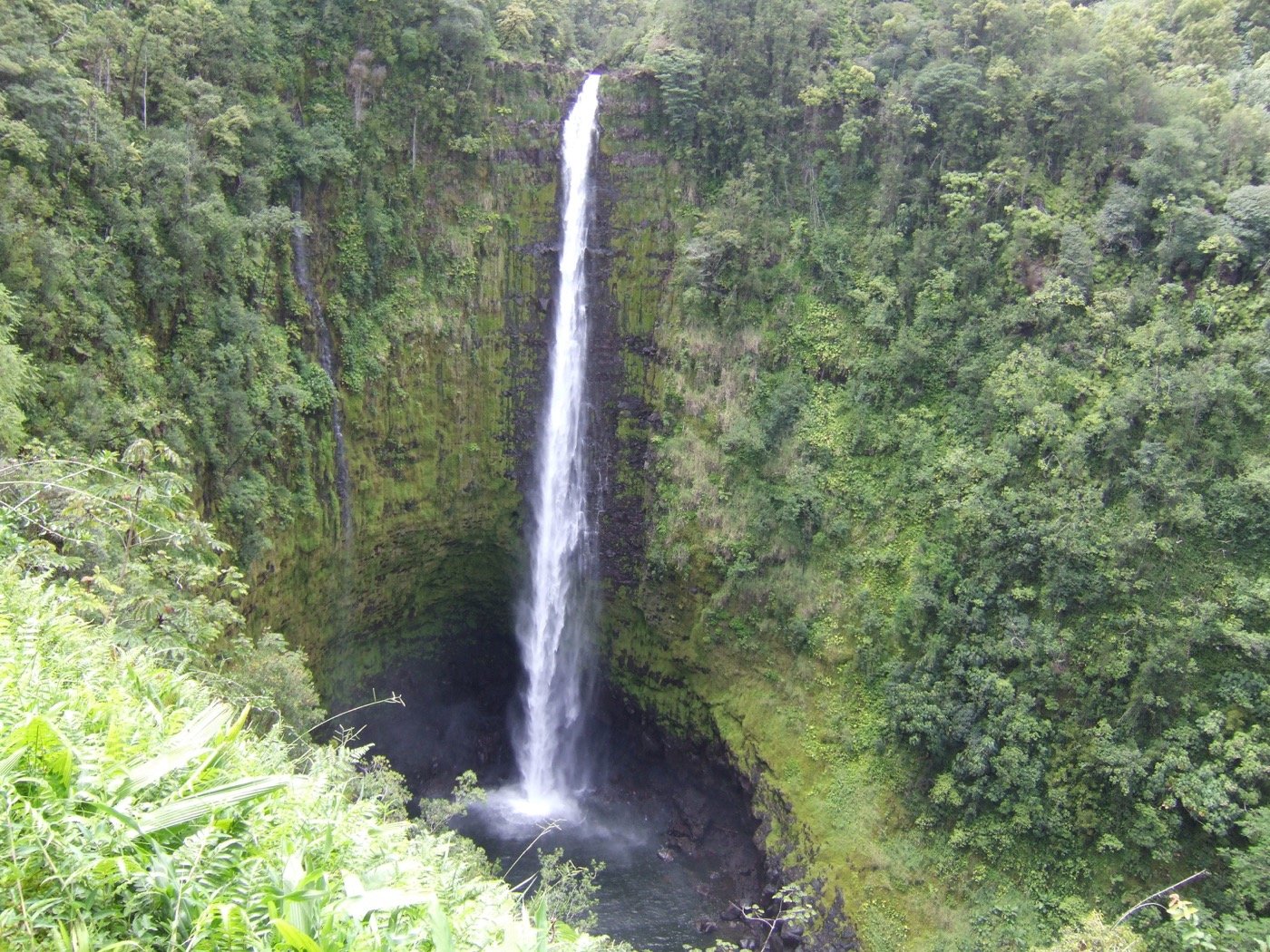 On returning to Hilo we decided to check out Ken’s Pancakes which we had seen numerous advertisements for. This was an authentic diner with plenty of good old american food. After a grilled cheese sandwich and some chilli fries, we tried to attack a stack of pancakes each. Thankfully we went for the smaller portion size. Mine were drowned in a sea of strawberry compote, the sight of which was causing my arteries to clog in panic. Almost halfway through I considered the wisdom of consuming such an obscene amount of calories and admitted defeat. I couldn’t imagine eating a breakfast that big regularly.  Brodie persisted with his blueberry abomination though, then was good for doing nothing but lie under a tree getting bitten by ants for an hour while his body did its best to digest some of the load. 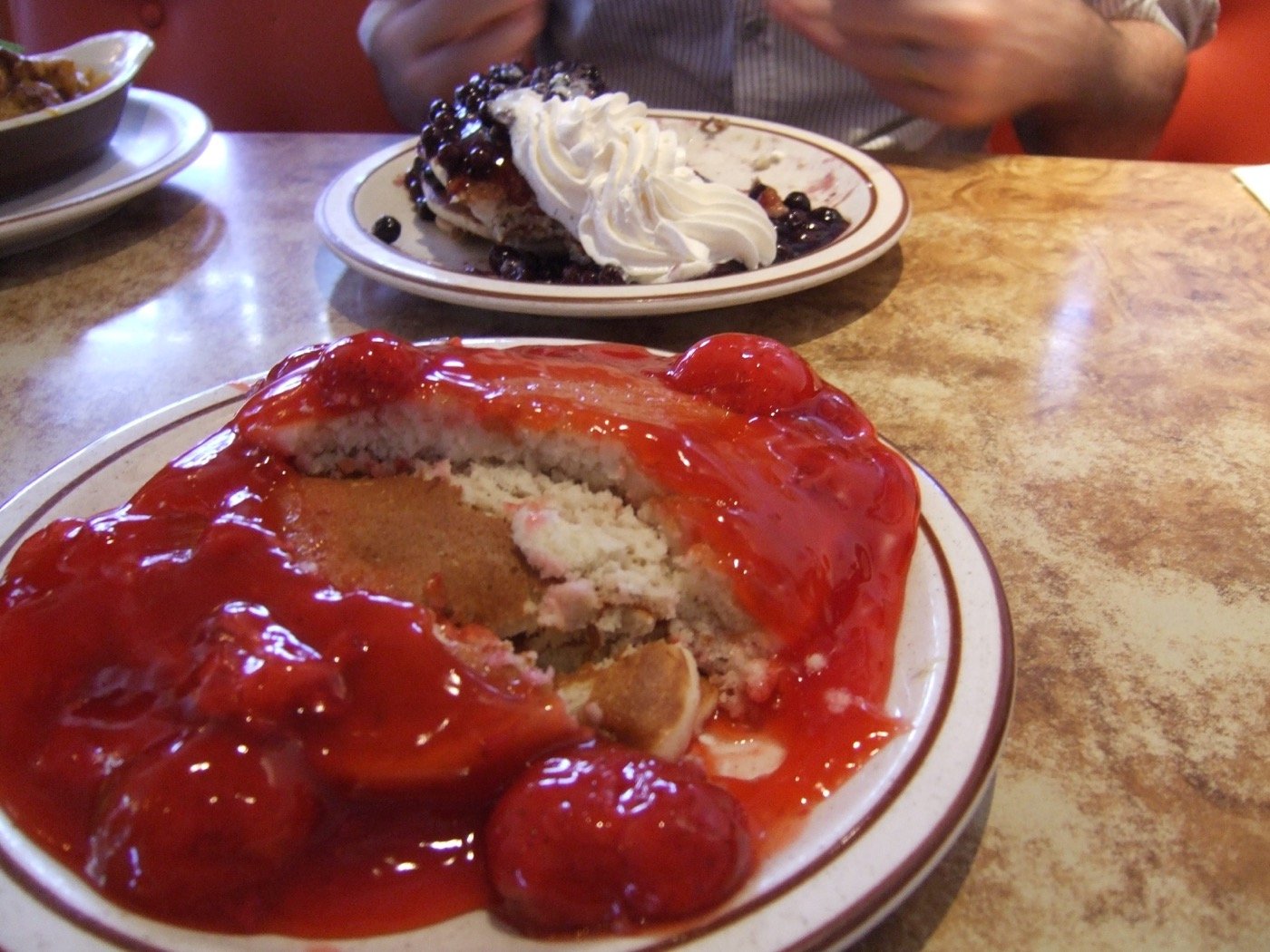 On Saturdays, Hilo’s Farmers Market is in full swing. It’s a great place to go for mounds of different fruits that you couldn’t even begin to name. There are also sarongs and any kind of Hawaiian souvenir that you might want to purchase. Leaving Brodie to recover from his eating excesses, I took a brief look through the wares on offer, and then it was time to return to Hilo airport and catch the flight to Honolulu. After a very slow check-in, we were upgraded to first class and enjoyed a brief moment living the high life. There was just enough time left after checking into the hotel airport to go wandering along the highways on foot in search of some kind of food. Even if the hotel restaurant hadn’t been shut, we weren’t willing to risk more of the bland food that had been on offer our first night here. Thank god for McDonalds when you’re too tired to be very discriminatory.