How to make an easy ‘Dinosaur Cake’

Last year the toddler was all about the cars and trucks. This year however it’s animals, dragons and dinosaurs. He just can’t get enough of them. As his third birthday approached it became apparent that everyone (except him) was expecting an elaborate cake. So much for the laid-back early birthday years. I was going to have to up my game or endure a running commentary on all the ways I deprive my child. 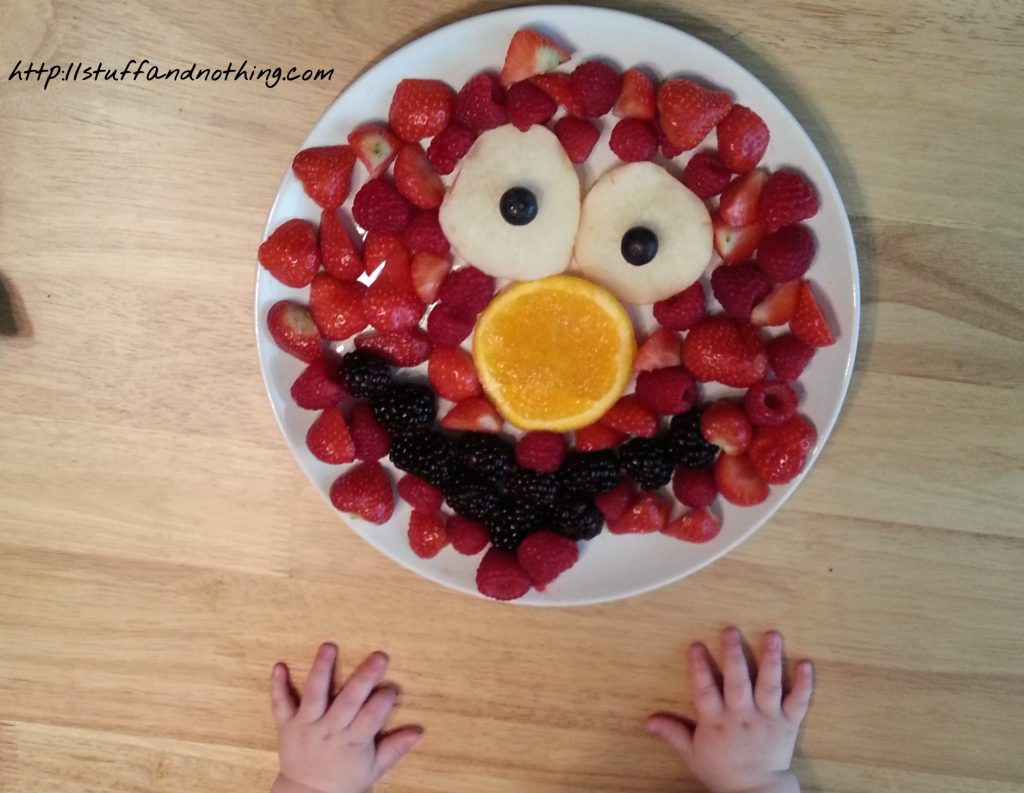 The last birthday ‘cake’ I made was basically a display of fruit. It was a big hit, and wasn’t laden with sugar. That probably wasn’t going to be acceptable this year though, so I set out searching the internet for the simplest thing I could find that would just about satisfy expectations. And that a 3 year old would like. I now present to you, the lazy mother’s green Dinosaur Cake. Don’t expect to be wowed. Because after all, if it looks like a professional cake then people will only suspect that I actually bought it. To get the brownie points it needs to look homemade… right? (If you’re a perfectionist you should just stop reading now). The hardest part of this was cooking the base. I had a decent chocolate cake recipe. I just needed to double it up and make two layers for cutting the shapes from. I did a practise-run chocolate cake for my mother’s birthday and it went well. So of course when I did the double batch two days later it went totally wrong. Despite extra time in the oven, both were still soft and liquid in the middle. To the extent that one collapsed before I could get it back in the oven and attempt to salvage it. If you have a reliable oven that consistently cooks food in the same amount of time repeatedly, then here’s the recipe for the chocolate cake base. If your oven is similar to mine, then add an unspecified amount of extra time for cooking and stab with a knife periodically to see if it might finally have set.

Method:
Cream the sugar and margarine in a bowl.
Add the eggs and mix together.
Fold in the flour.
Turn into a greased circular tin (approx 8 inches)
Cook at 200°C for 25 to 30 minutes. 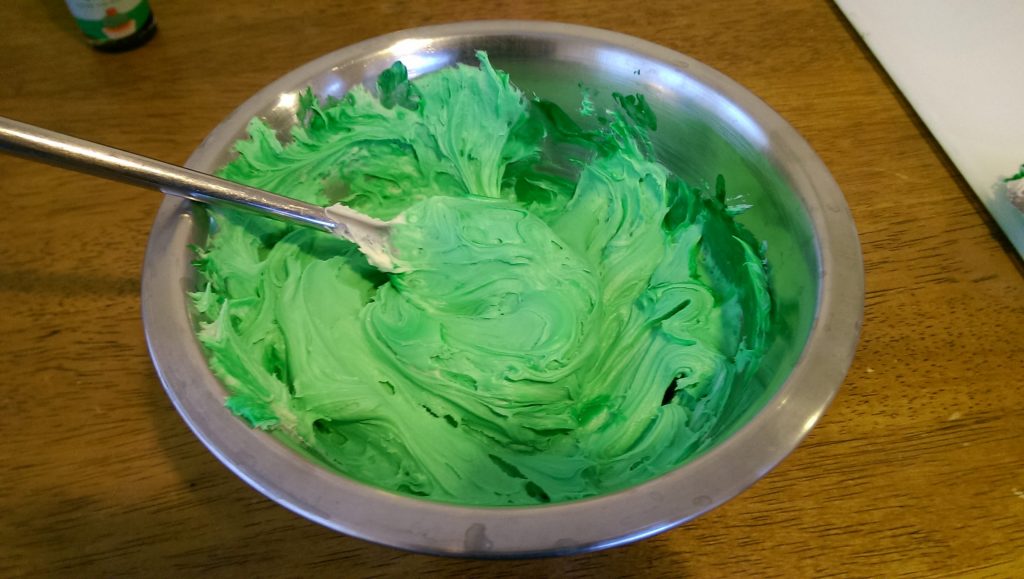 After I’d mixed and baked a replacement cake base I was running out of time and patience for the whole endeavour. I still had to go and get groceries for the evening dinner. “*I£@ it,” I thought, and picked up a tub of pre-made icing that was practically trying to jump into my basket and save the day. I decided a minimal amount of cheating was okay. My contribution to the icing-making was a few drops of green food colouring. The label on the colouring had some disturbing warnings about children running around off their faces on E numbers. I added a good dose of it in anyway, because otherwise it would have been a white dinosaur, which is a dragon colour according to my son. Using the shop-bought vanilla icing meant I had to abandon my plan to add mint flavour to the icing. But the chances of my producing spreadable and edible icing were minimal anyway, so no great loss. 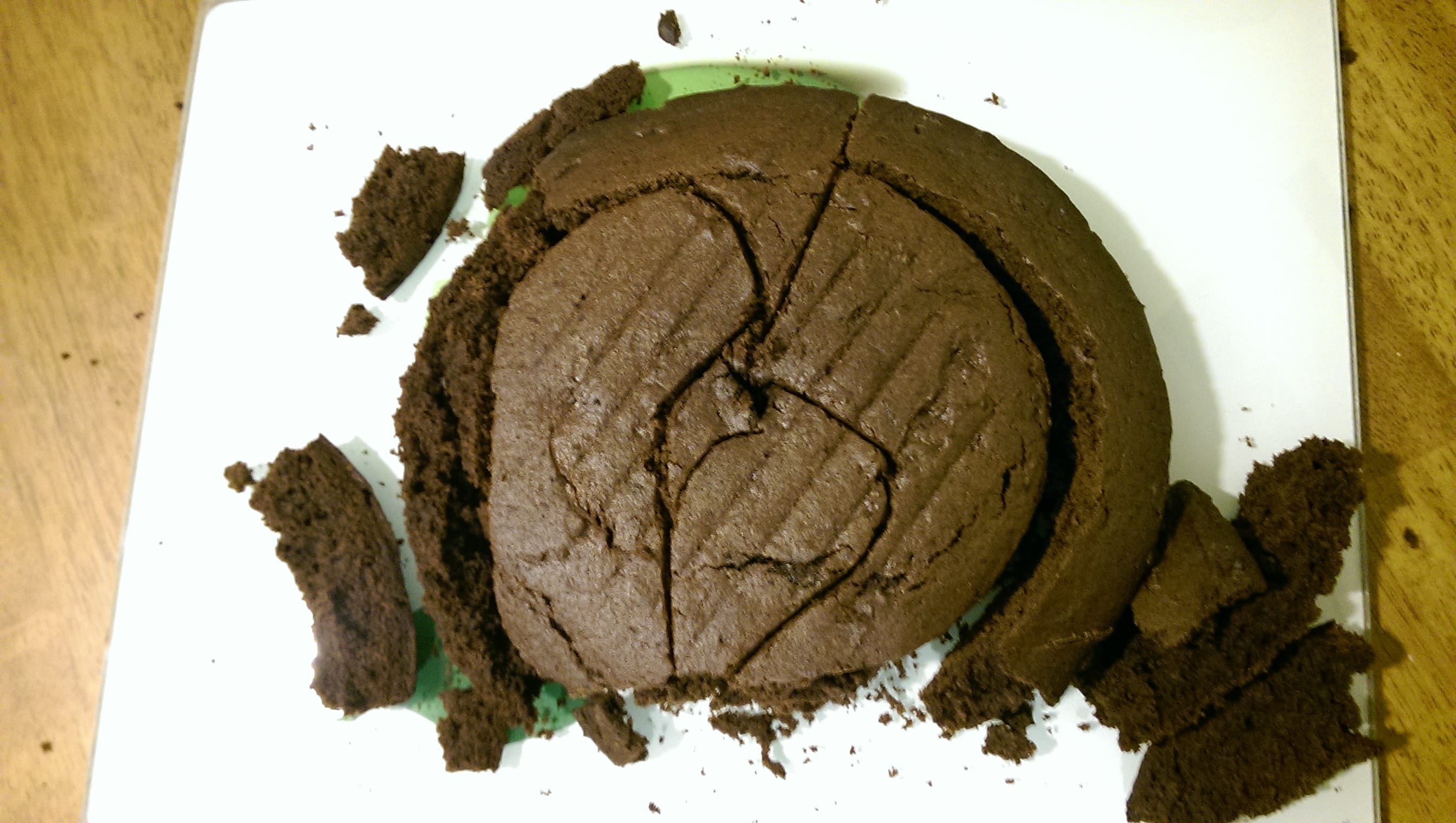 Time for assembly. I scanned through Betty Crocker’s recipe for dinosaur cake and attempted to vaguely replicate the cake shapes. Did I print off templates and carefully mark out the lines on my cake? Of course I did not. Me and my sharp knife winged it. It looked presentable. Now for the fun part. I’m a novice baker. And a lazy baker. The recipe waffled on for a bit about ‘crumbing’. I dutifully squeezed the cake into the fridge for a while to avoid whatever this was. It was only as I actually started spreading the icing over the cake that it became very clear what crumbing was, and why it was undesirable for cake decorators. Whoops. Crumbs all through the icing. Ah sure “*£)& it anyway”. I soldiered on. A speckled dinosaur is still cool to kids, right? 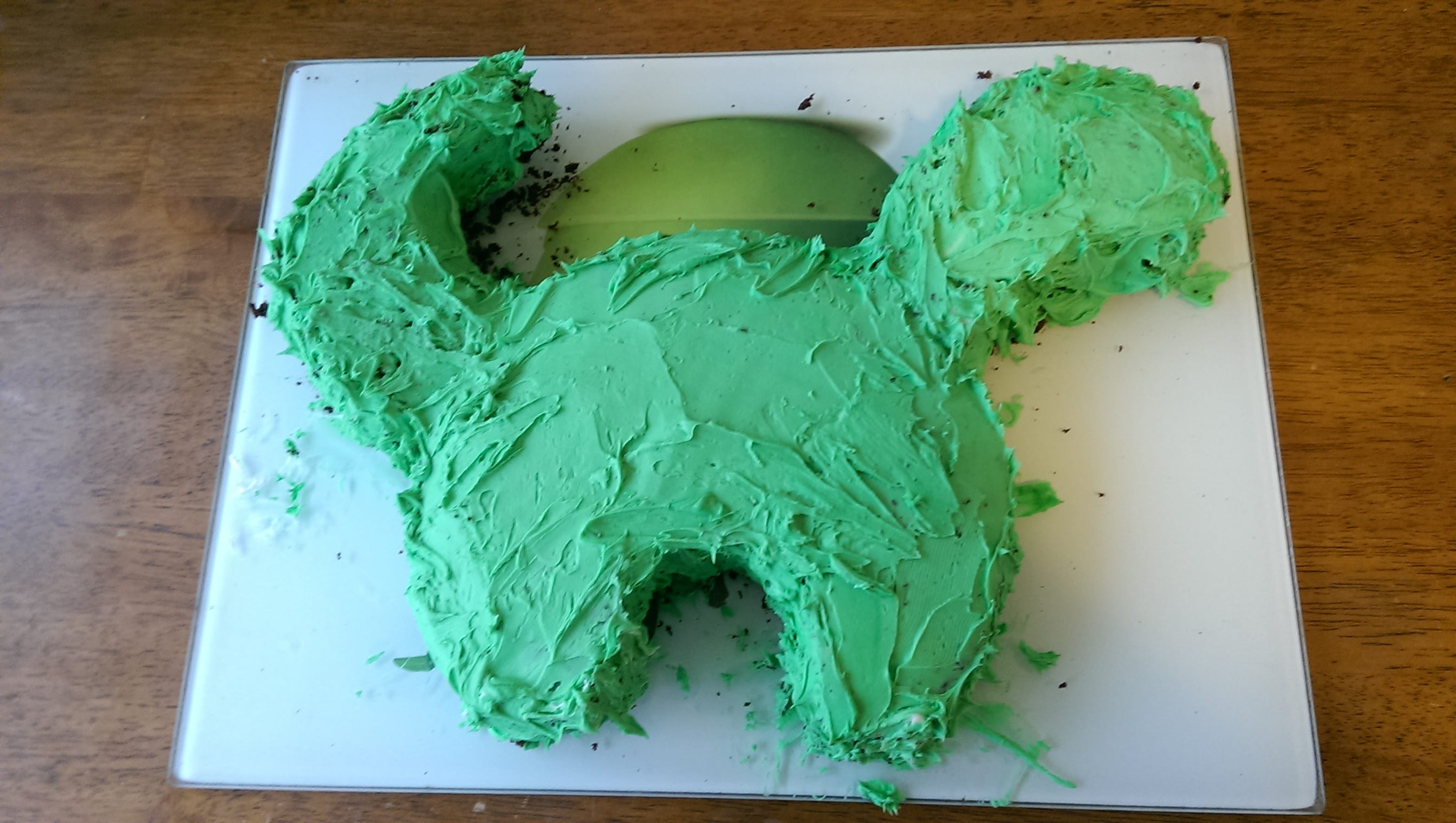 I just about covered the entire cake in a thin layer of icing that did not in any way shape or form resemble the icing in the pictures of the recipe I was following. When my toddler wandered in and exclaimed in delight that I was making ‘broccoli cake’ I purposely ignored him and went searching for the bits of chocolate that were supposed to transform the whole thing into something recognizable. A short while later we had the finished product (on a chopping board, because this lazy cook doesn’t have a nice big fancy plate for cakes). I looked at the picture in the recipe. I looked at my version. I decided it would be a good idea not to show anyone else what it was supposed to look like. Oh okay, you can see – just don’t tell anyone else. 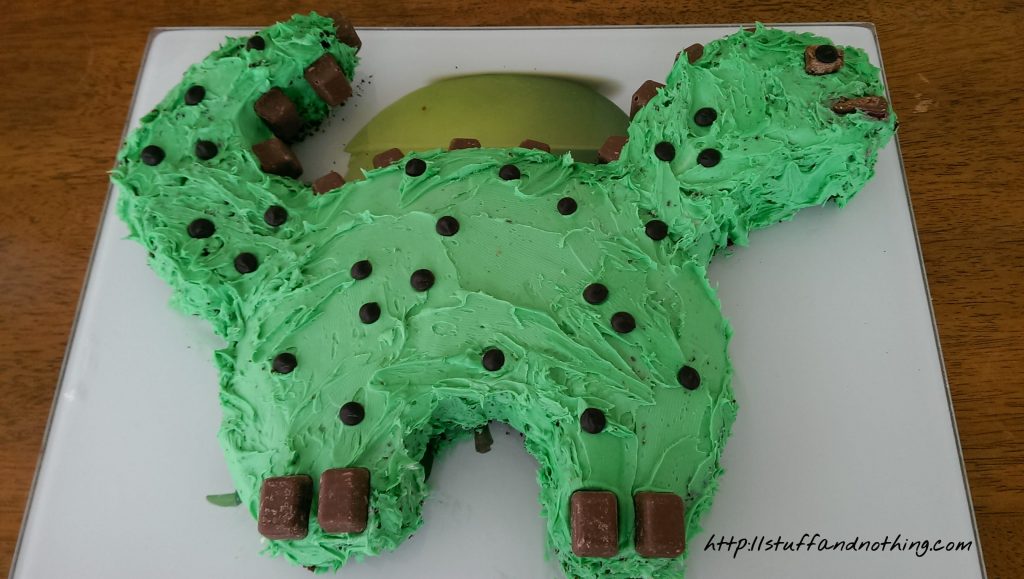 There it was – one green dinosaur cake. As could expected with a 3 year old that had been happy to see a brocolli cake, he was totally delighted when he realised it was, in fact, a dinosaur cake. Neither he nor I are massive fans of sugary icing, but the cake didn’t taste too bad at all, even if I do say so myself.

So, if you’re looking for a relatively simple to make dinosaur cake for a very easy to please toddler, this is the one for you! The differences between this and the original Betty Crocker Rex Cake are