Malta: A road trip to Marsaxlokk 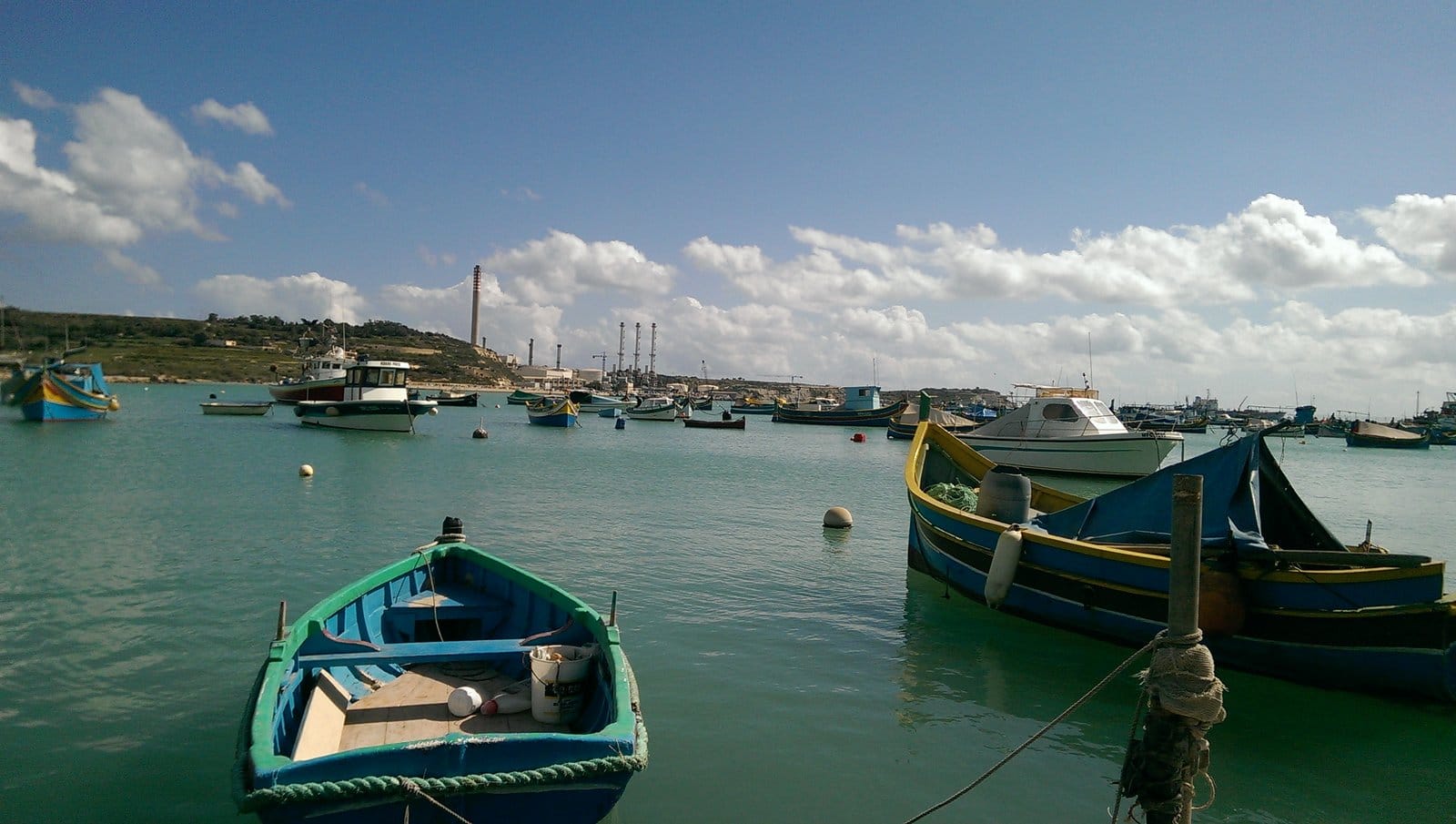 So what is there to see in Malta? Our first destination for a leisurely road trip was the fishing village of Marsaxlokk. It’s consistently listed as one of the top things to do in Malta. It’s at the southern end of the island – the far side from where we were staying in Qawra. This being Malta though, it was still a relatively short drive. At least until we got very close to it, and then spent a long time going around in circles before we finally hit a route with some decent signposts on it. Without good signposts we were horribly lost. The pitiful excuse for a map that we had was extremely vague about differentiating between different types of roads or sticking to a consistent scale. While heading in the right general direction wasn’t difficult on the roads, the finer points of getting from one neighbouring town to another were lost as one town or village spilled into the edges of the other without warning. Very frustrating when you knew that one of the unmarked roads would take you to your destination in just a few minutes. But which one? Eventually we found ourselves on the right road into Marsaxlokk and then circled the streets in search of parking. Constantly on the watch out for vans suddenly pulling out as we tried to drive past. It wasn’t too difficult to get a spot on one of the side streets given that it was low season. In the height of summer I imagine it’s a very different prospect. 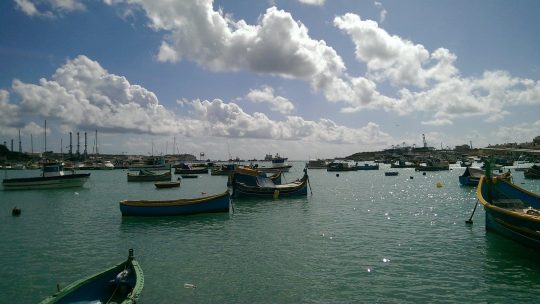 We wandered down the road a bit until we reached the harbour where we could take in the sights. It wasn’t excessively warm, and it was rather breezy for comfort. But it was just bright and sunny enough to see the charm and appeal of this village. Brightly painted boats bobbed on clear blue waters under a sky full of billowing clouds. In the centre of the harbour market stalls formed a long tunnel filled with various goods and wares. Further along the restaurants were set up for al fresco dining with a view. Sign after sign promised freshly caught fish of every description. The boats were popular with the Rascal who enjoyed taking a look at the ones pulled up on shore for a fresh coat of colourful paint. Until, that is, he decided to poke at the propellors covered in gloopy oil and was banned from further close explorations. We sat down outside Pisces Restaurant and opted for the fish of the day which is very good deal in comparison to choosing off the main menu. After a bruschetta starter to share, we had Swordfish with fries and salad for €10 each before going in search of the icecream being demanded by a sleepy 3 year old. We decided to avoid the heavier traffic on the roads on the way back and detoured a little up the west coast to take a look at the Blue Grotto. Just as we drove the winding road down, the Rascal conked out in the back seat. We took a brief stroll around with him in the sling before continuing on the road. The winds were quite extreme making it unpleasant to walk along on the cliffs. Looking at the roiling waves below we doubted that many boats were making a trip around to the Blue Grotto itself. There were still plenty of bus and carloads dropping in to have a look around, but there was little to do on this particular day. We strapped the still sleeping child back into the car and took off once more.

The road back to Qawra was fairly easy. While less direct, it was also less manic as we skirted the edges of Medina and Rabat then headed straight back to the east coast. Marsaxlokk is a beautiful destination for a road trip in Malta. This time of year it was nice and peaceful, but busy enough to generate some ambience as you sat out and waited for your fresh fish to arrive.