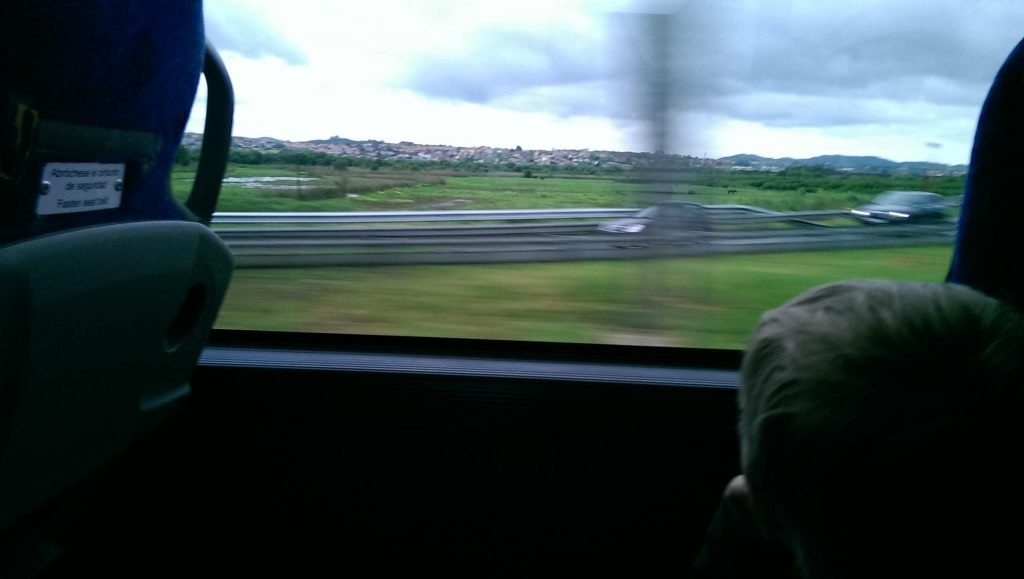 For our initial days in Spain the weather was less than stellar. In fact we could easily have still been in Ireland. Lush hills rolled past, dripping every shade of green in the drizzling rain. Even allowing for the tinted windows of the bus, it was a dull grey day as we travelled from Santander to San Sebastian. The rain plodded down relentlessly. Despite this, the landscape was beautiful. The sweeping mountains in the distance, the glossy hills surrounding us, the glimpses of crumbling cliffs and sandy coasts dotted with seaside villages. Lonely country houses nestled in the hills, each roof a uniform shade of terracotta. The bus flew along roads taking us east, through Bilbao and on to the infamous San Sebastian. Famed for its food. By the time we were dumped on the streets there, we decided a taxi to our accommodation would be the wisest move. 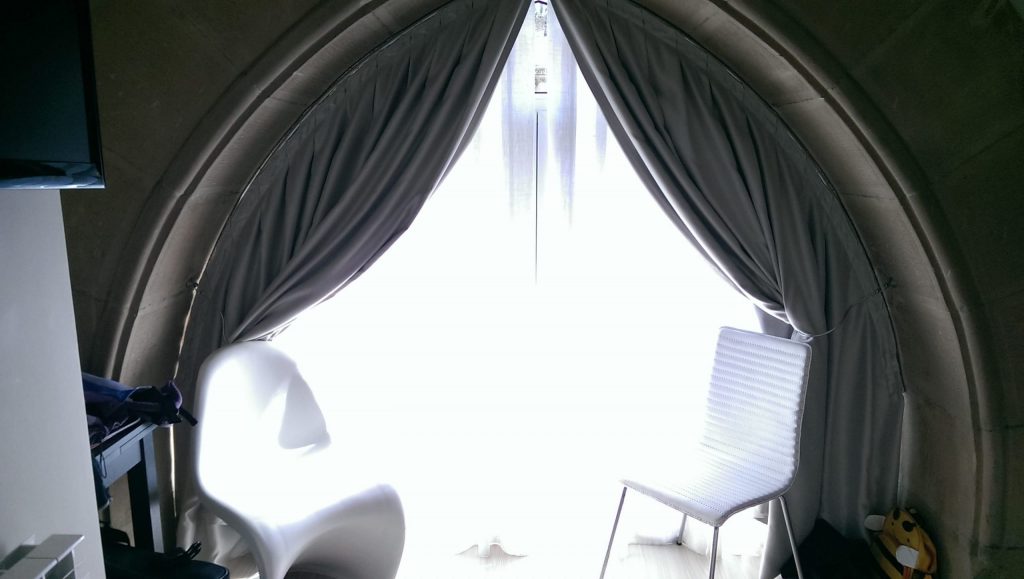 Pension Altair is an unassuming building in a typical side street of the old quarter part of San Sebastian. It’s a block of apartments, with the second floor rented out to tourists. We scored one of the rooms with a beautiful gothic arch stretching from floor to ceiling. Unfortunately the only option was one double bed for the three of us, but other than that the accommodation was great. Clean and close enough to everything. If we were kicked awake most nights, that was our own fault for bringing a ninja toddler along with us.

What I will remember San Sebastian most for, is the abundance of bakeries and fruit stores. The smell of freshly baked crusty bread and decadent pastries enticing you in. The polished fruit and vegetables piled high, looking so fresh and juicy that my mouth watered at the sight of the plump strawberries and shiny apples. For a handful of change we could walk away with a still-warm baguette, wafers of cheese, a bottle of chilled water and a bulging bag of sweet fruit. The Rascal happily roamed about crunching apples or tearing off hunks of bread as he explored the city.  That was our lunches sorted. 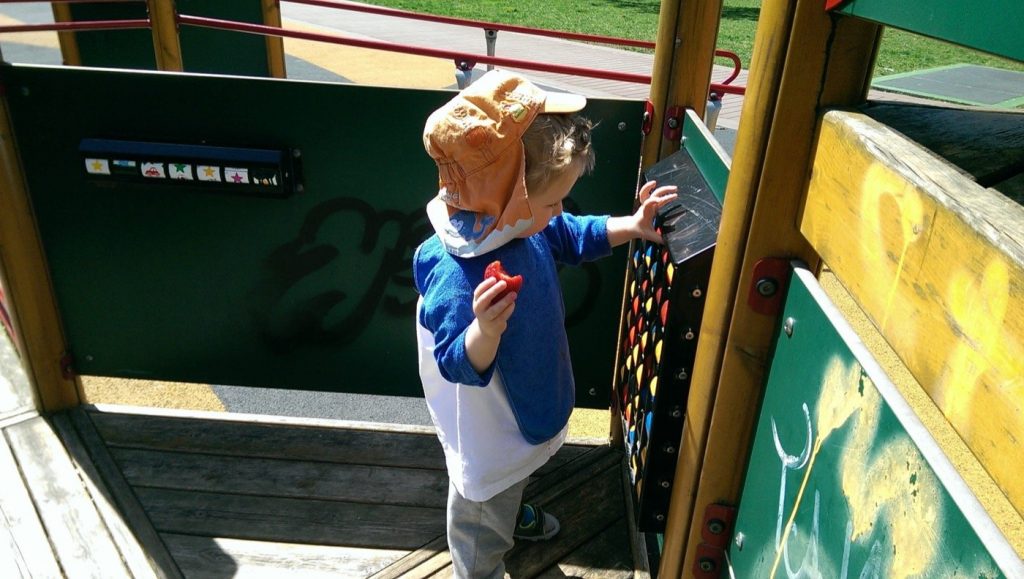 This little coastal city near the French border has the best of everything. Two beautiful beaches – one windswept, the other calmer with a long promenade begging to be walked. The slow winding river Urumea leading to a bustling harbour. The gentle green hills surrounding it, with distant mountain peaks capping off every view. There’s an abundance of playgrounds to entertain little people with and the locals were very friendly for the most part. It was almost impossible to go into a shop and not leave without an extra little something tucked into the Rascal’s hand by someone. It’s very child-friendly from that point of view. 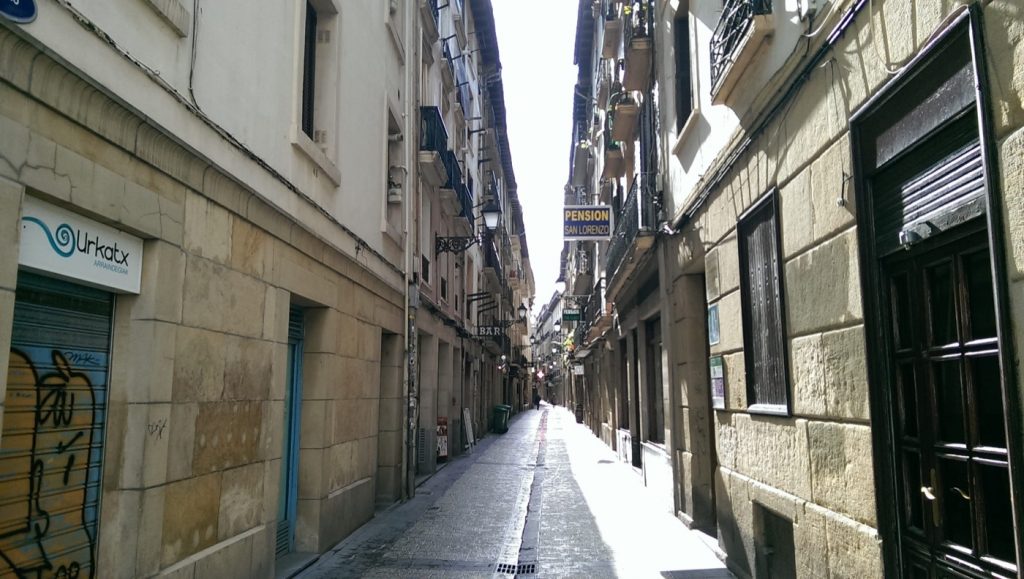 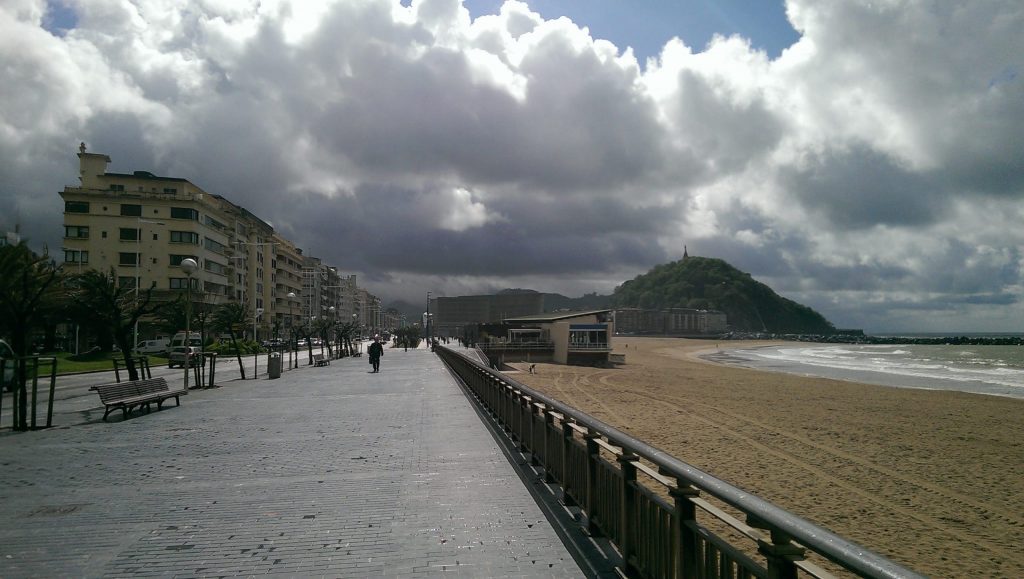 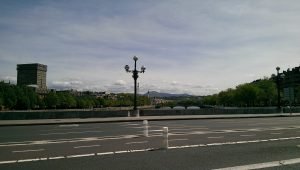 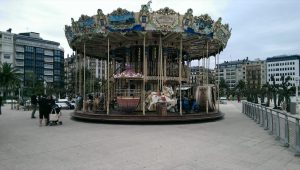 1. Walking the beach-fronts. Zurriola is the quieter, windswept beach with a nice view of Monte Urgull. You pass by scores of learner-surfers waddling down to the sea for a lesson. It’s a good spot to let a rambunctious toddler run off some excess energy. The larger beach, Playa de la Concha, ticks all the boxes for a city beach.  It’s book-ended by Monte Igueldo and Monte Urgull. A constant stream of people walk along the promenade. In the middle you’ll find a playground and an old-school type carousel. It’s not a cheap ride, but it was at least a decent length. The Rascal chose a little aeroplane to zip around in, with a beaming smile indicating that it was worth the price of admission. 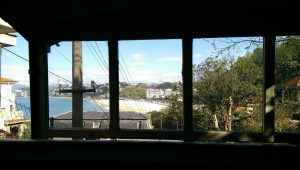 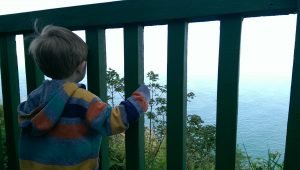 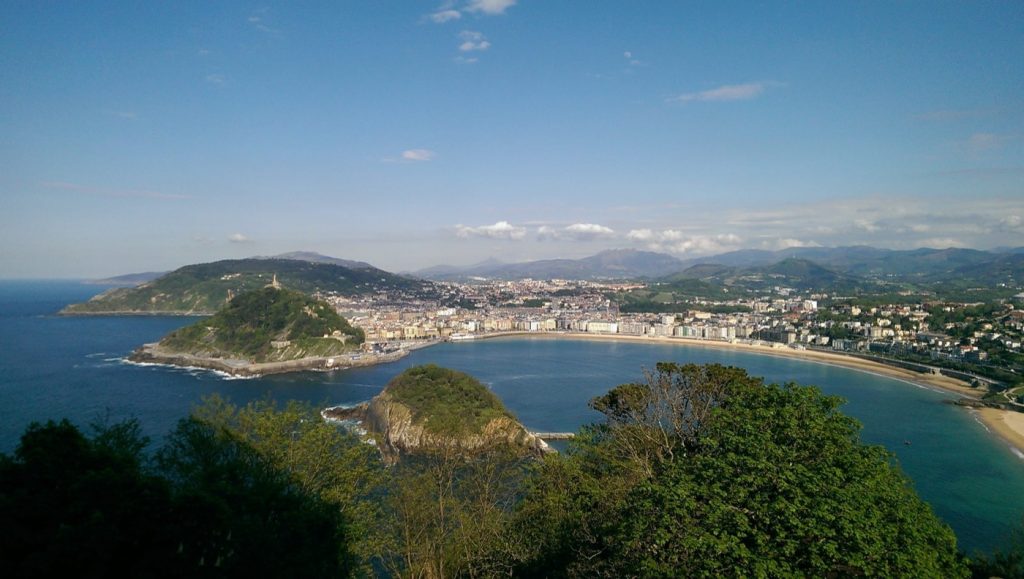 2. The funicular up to Monte Igueldo…  What can you say about the views up here? It’s well worth the trek up to look out across the picturesque bay. Unless you’re a masochist that enjoys punishing hikes up steep hills, the funicular is a pleasant way to ascend high above the city. There’s a big amusement park at the top if you’re that way inclined. Personally, we were glad it was closed when we went up. The rides looked well-abused and the kind of thing that would attract more crowds than we’d like. Happily for us, we arrived late in the evening just in time to purchase an icecream before the last stand closed, and could enjoy the stunning scenery in peace while we ate. 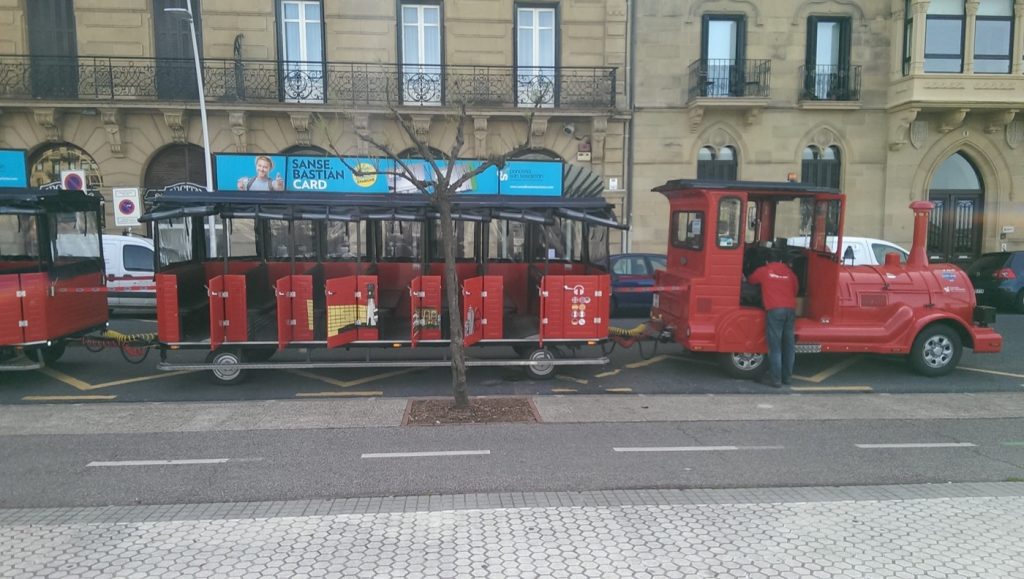 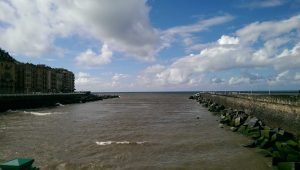 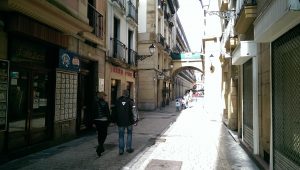 3. Tourist train around the city. It’s a (fake) train. It’s a little tacky. But what toddler doesn’t love trains? The excitement lasted at least ten minutes before he started demanding that the train find some proper train tracks to ride on. It’s one way to get your bearings in San Sebastian with an optional audio track to fill you in quickly on the historical information.

There’s a lot to enjoy in San Sebastian.  The one big strike against spending a lot of time there (or Northern Spain in general) with our toddler was the very late opening times for all the restaurants. It was 7pm in Lisbon, but there were quite a few touristy places open all day. Here it was 8pm. This just did not suit the Rascal. No matter how we skewed sleep times and other meals, he was inevitably too hungry and overtired to last until 8.30 before getting served his food. The second problem was what San Sebastian is actually famous for. The tapas. 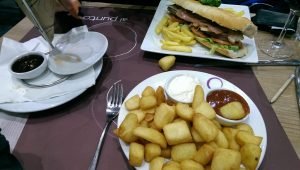 Anyone who has heard of San Sebastian will tell you it’s great for eating tapas, or pxintos as they’re called locally. That’s true. But it’s literally ONLY pxintos that are on offer. Obviously visitors should be expecting to eat pxintos in a region famed for them, but sooner or later you’re going to find yourself sick of eating the same selection of food over and over, and over. It was rare to even find paella in the restaurants. Our attempt at visiting the one restaurant that allegedly had good paella was an abject failure. Not only were they reluctant to open, they seemed almost offended at our presence. The staff completely ignored our toddler. He didn’t even warrant a side plate. Any friendly “Hi” from him was met with a blank stare. And the food really wasn’t all that great. We found an Italian (dire food we barely touched) and one nice noodle bar. If you’re a hardcore tapas fan then you’ll be in heaven here. If you’re looking for a varied international cuisine, you’re definitely in the wrong place. If your toddler eats most of everything EXCEPT patatas bravas then you’ll struggle to get him something substantial to eat. Frankly though, by the end of two weeks in that part of Spain, we were all suffering from pxintos-itis.  In hindsight we should have opted for more self-catering accommodation to make life easier on the holiday. A lesson most definitely learnt for any future expeditions to the continent.

See San Sebastian thru a lens for more images of this beautiful city.