Back in Santander – check.
Rental car obtained – check.
Toddler car seat installed – check.
Road trip snacks purchased – check.
Directions to our next location… well, we would have to trust the screenshots from google maps that I’d taken the night before. What could possibly go wrong?
As always, the most difficult part of following google maps was figuring out the initial direction to go in. Then we headed off, jerkily as first gear was in a confusing place. The novelty of sitting in a forward-facing seat wore off quickly – five minutes into the journey and the Rascal was shouting requests for his favourite songs on the music player. There was obligatory car seat ‘dancing’ required from both adults too. Footloose is an appropriate soundtrack for driving, right?

We were heading along the motorway west of Santander. Destination San Vicente de la Barquera. No particular reason other than it seemed to be a nice coastal town, and I’d found some (hopefully) nice accommodation there for the next 4 nights. It was time to shake off the shackles of city life and get some fresh countryside air. The Rascal was starting to get manic at the lack of opportunity to run and explore without an irate parent hounding his every step. Or strange old men on the street miming that they might make off with him (yes pretend you’re going to steal our child, hilarious)! It was a short journey of about 45 minutes. Only one wrong turn near the end. We passed through the town and admired the view up towards the mountains. Then we went back along the coastal road to a small surfing beach (Meron). At this point my directions were a bit sketchy without road names to check for. But we found the right turn-off and followed the signs for our rural hostel. We found ourselves in the middle of rolling patchwork hills. Tractors and diggers were stashed in fields and sheds. Cows and calves roaming in search of tastier grass. Wide open green fields all around. In other words – toddler heaven. And quiet. So quiet. No roaring traffic. No shouts and jeers. Just gently flowing peace. The kind you can only find in the real countryside. San Vicente de la Barquera is a fishing village on the northern coast of Spain at the foothills of the Pico de Europa national park, and within Parque Natural Oyambre. It’s a beautiful setting. Icy mountain peaks in the distance, fresh green hills leading down to a quaint harbour with colourful boats stranded in the low tide. It’s a bustling seaside town. Very touristy. Then just a little down the coast all the cooler surfers congregate on the wide sweeping beaches that brush the edge of the park. 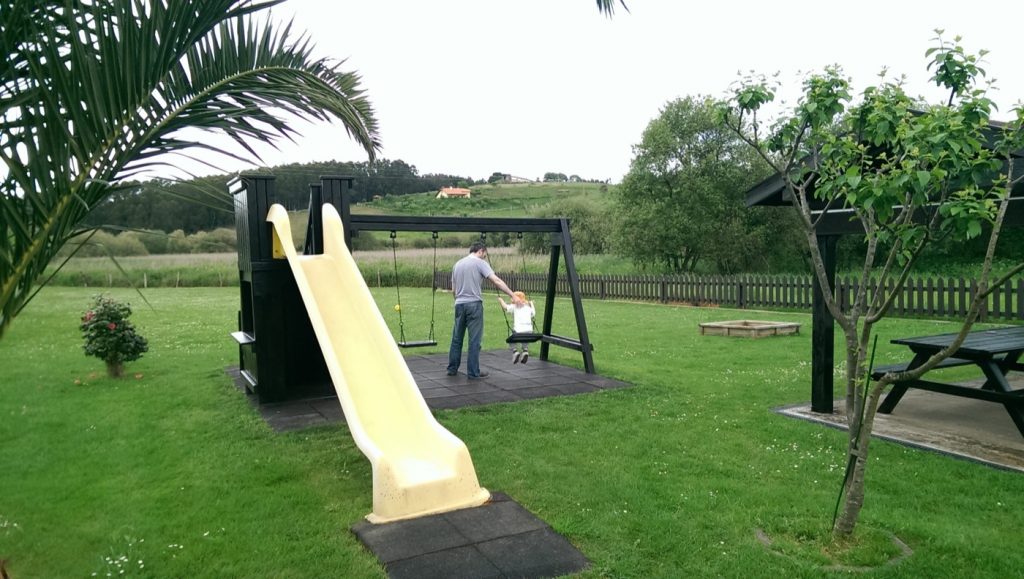 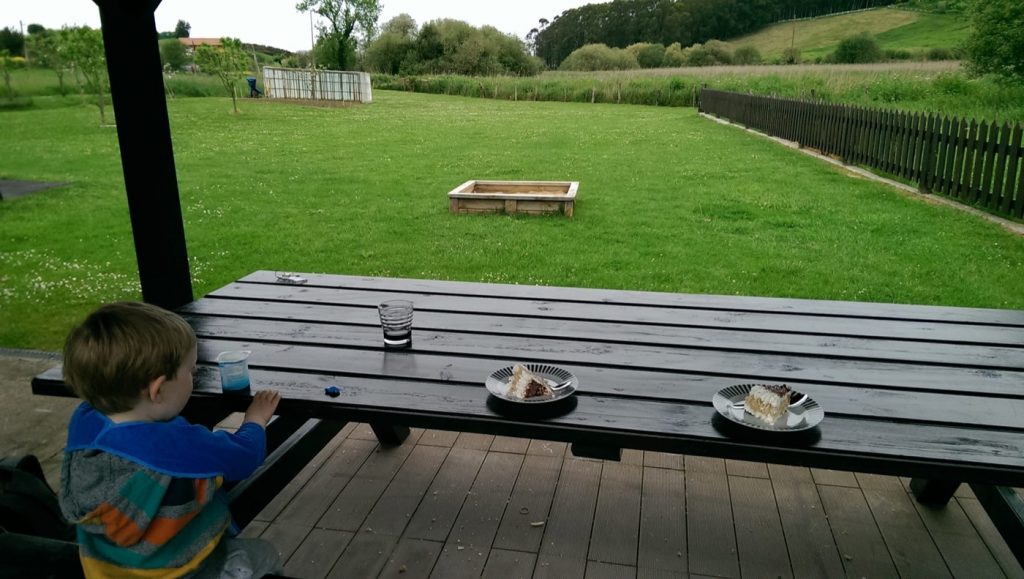 Weather was mixed in the area. Cloudy mornings. The sun playing hide and seek above. There was a slide and swings to occupy the Rascal, and of course open fields to roam free-range in. He managed to fall over regularly, but had a lot of fun racing about and spotting tractors. When a tractor, trailer and JCB took on the task of cleaning the winter muck out of the stream it was a veritable feast of machinery for him to observe. Slight inconvenience that our hosts spoke not a word of English. And there was no wifi provided. You had to steal a little bandwidth as you passed reception to check email. But we had a reasonable size room with a double bed. We were delighted to discover a fold-up bed against the wall. Pulled out alongside the double it gave us all plenty of space to sleep at nights with nowhere for a rolling toddler to come to harm. At least until our gracious hosts removed it. That was somewhat irritating given that we were the only occupants of the place at the time.

The restaurant situation in town was poor. We were still in pinxtos-land.There was a decent cafe for obtaining morning coffee and croissants plus a supermarket. Apart from that it was strictly tourist fare. We tried the breakfast in our accommodation and found that 3.50 per adult got us one cup of tea or coffee and some stale bread toasted. Not quite the standard we were hoping for. A large bag of muesli and carton of milk from the supermarket proved to be a much more satisfying option for the other mornings. We made use of the limited kitchen facilities and would have a lunch made up of supplies from town sitting out on the picnic bench. Dinners cooked in the communal kitchen. It was nice to get a few decent pasta and rice dishes into all of us although the choice of supplies was also limited in the supermarket. Tomato-based sauces, no sign of anything as exotic as curry. 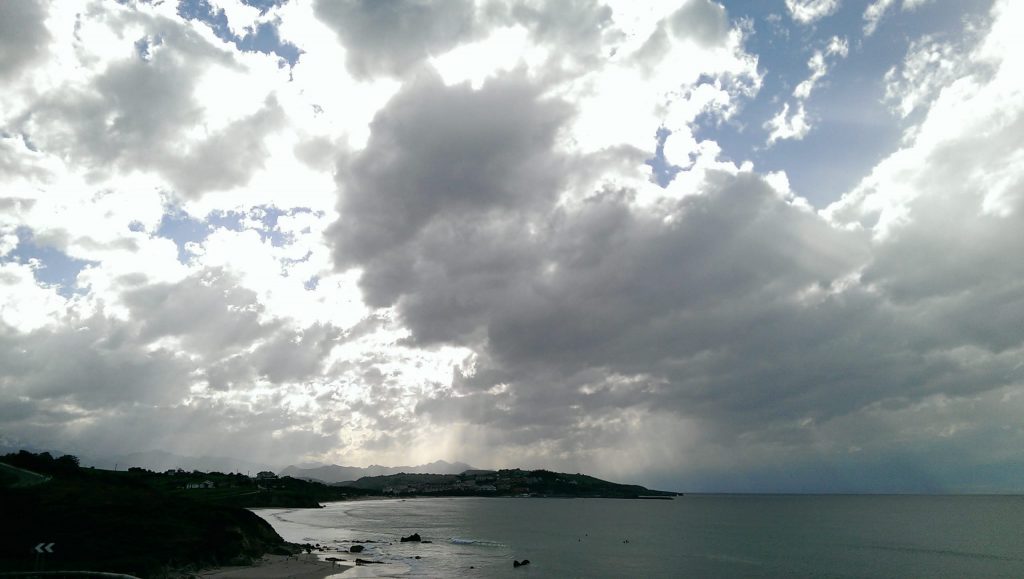 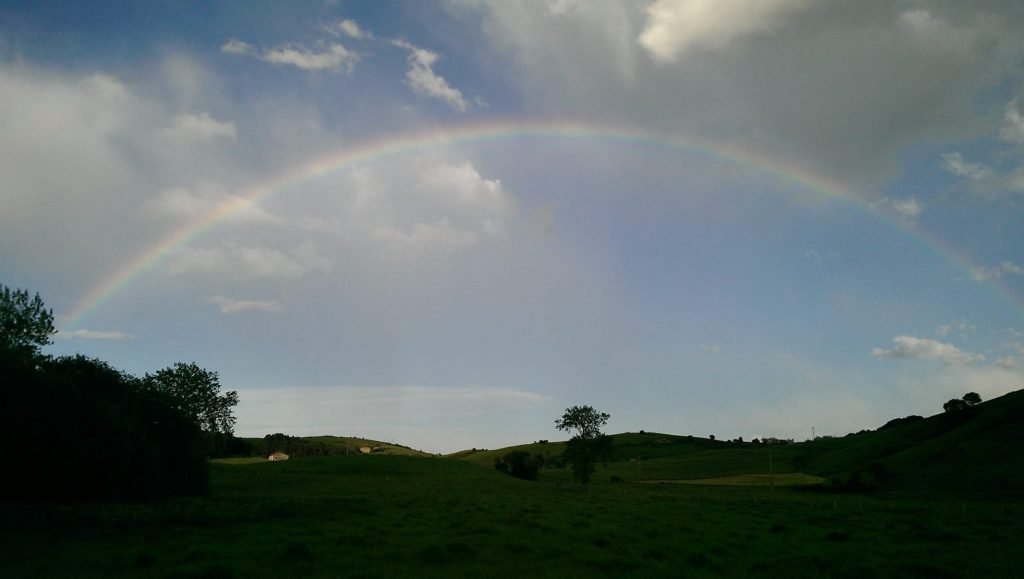 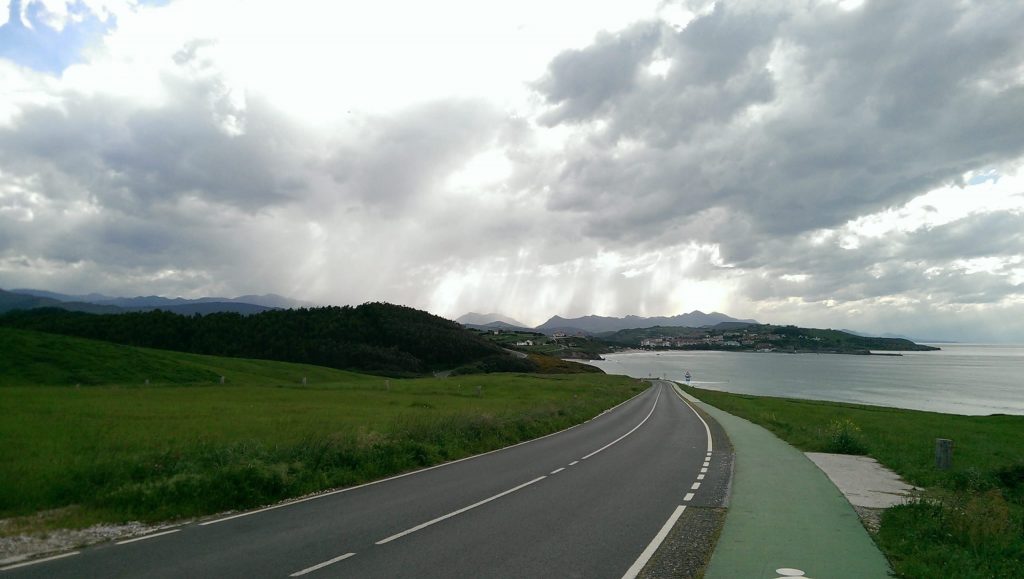 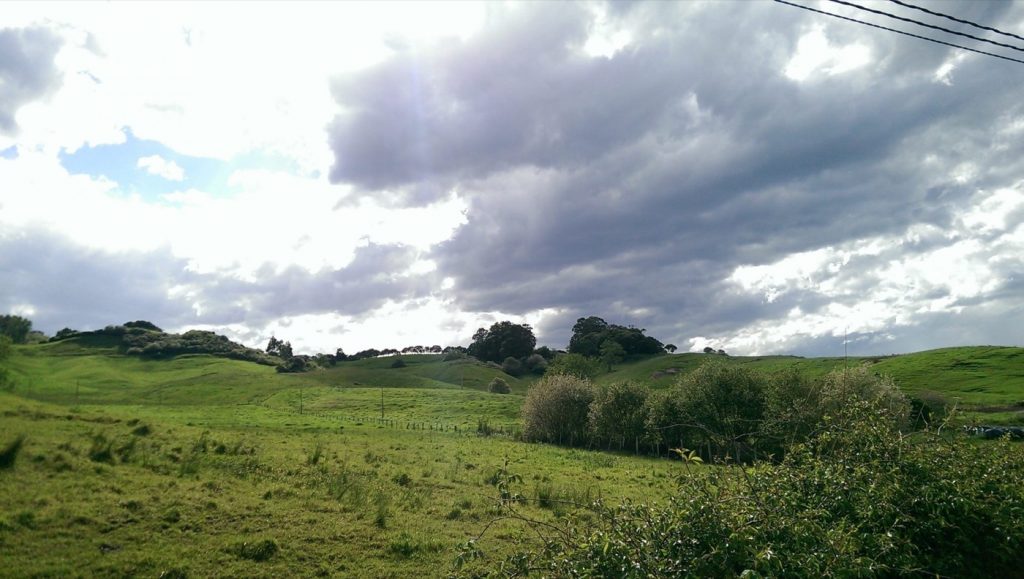 The location was great though. Close proximity to a bit of everything. It was a short walk to the windswept surfing beach. There was a hilly road for the adults to take turns jogging up and down in an attempt to offset some of the croissant carnage that was taking place every day. A short drive along the coast took us to a pleasant sheltered sandy beach where the Rascal could run about and dig in the sand. Perfect. We did a short excursion to Comillas which was nice, but nothing particularly special. We were mostly content to take it easy for a few days with a couple of trips to the beach. There was even some cheery sunshine for parts of each day. It was a beautiful spot, marred only by the less than hospitable hosts. Checking out became a lengthy process as first I was told the credit card machine was broken. When I eventually communicated that I’d leave my passport, but we’d have to go to an ATM and return, the lady was not impressed. After some huffing and puffing she located someone else to magically get the credit card machine up and running. Then handed me a bill added up grossly incorrectly (in her favour) and acted like I was the scum of the earth when I argued her mathematical abilities. There was little love lost by the the time we parted ways. Onwards we went, to another toddler-inspired soundtrack, heading towards those majestic mountain peaks sparkling in the distance.