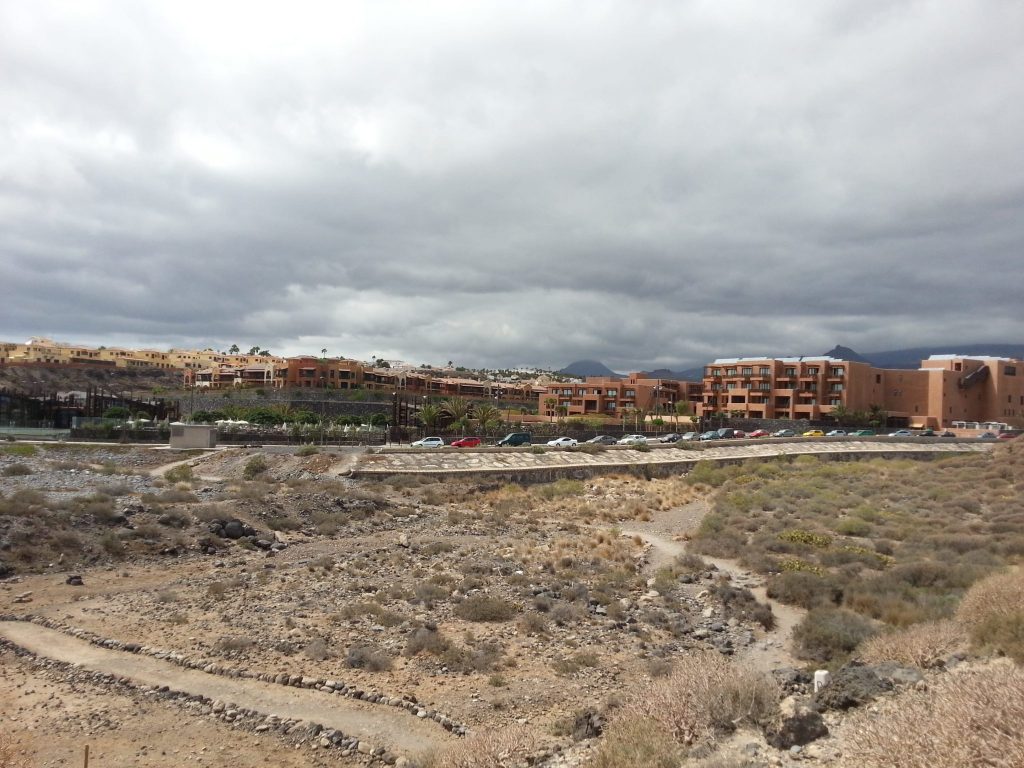 Holidaying with a 10 month old couldn’t be more different to our typical vacations up until now. For starters, we did not venture off the grounds of the resort at all other than a quick visit to the local pharmacy. So no interesting days out sightseeing, no experiencing the local scenery and people. No authentic anything on this trip really.  Which was fine, the criteria for this holiday were a reasonably short flight, short transfer to destination, somewhere moderately warm, with swimming pools, and all-inclusive for the sake of convenience.  Oh, and nowhere with things to do that we would then be missing out on due to having a baby in tow.  This was a high priority.

Tenerife is approximately a 4 hour flight away.  Unfortunately a transfer to the North of the island could take upto an hour and a half!  We ruled that out completely and looked at the south of the island where we found Sandos San Blas.  The Sandos San Blas resort is a mere 10 minute taxi journey from the airport.  It’s a nice enough place, but somewhat in the middle of nowhere.  That was fine – we weren’t coming to explore Tenerife and certainly didn’t feel like we’d missed out on much by staying on site.  The weather was quite overcast, but we’re not much for sitting out and frying ourselves by the pool so that was no great loss either.  The rooms were nice, and the place was kept clean.  The design was quite nice and not your typical looking holiday resort.  There were plenty of bars to sit in when we wanted to get out of our room with space for a baby to crawl and roll about. It pretty much ticked all the boxes that we wanted.

The staff were lovely, always chatting to the Rascal and not batting an eyelid at the pile of debris under his baby chair (Ikea antilop, just like ours at home) after every meal. Nor did they flinch when they smiled at him and he determinedly stared right back at them while spitting up a bit of troublesome meat. Can’t say the same for some of the older British diners, who gave disapproving looks as he coughed up a piece of melon, and enquired if he was ok? It’s fine, I reassured them – we’ll worry if he stops making that horrific gagging noise. They didn’t look convinced, but still gave him a pat on the head and smile when they left. He smiled back, and pushed out a chunk of melon from one of his cheeks, letting it plop onto the floor with the rest of his dinner. Baby led weaner, and proud of it! Then he started his ‘feed me pancakes Mama’ dance until he got a lump to wave about in his chubby arms at everyone. The nearby French women chortled at his antics, apparently unconcerned about gagging sounds.

The resort is perfect for lazing around (as much as you can with a baby). The thing that really lets it down is the quality of the food. Some of the ‘hot meals’ are cold, or only tepid. The menu varied little from day to day. You could recognise leftover lunch in your dinner, or leftover dinner in the next days lunch. For some bizarre reason, last night’s Brussel sprouts were on offer for breakfast. The tasting menu in the a la carte restaurant wasn’t that great quality either. After just a couple of days we were sick of the choice of food. That’s often the case with buffet meals, but it usually takes longer to tire of what’s on offer.  Other than an Italian section serving virtually the same thing all the time, the other stations were roast meat, vegetables, or fish.  It would have been nice to see a few different cuisines and less heavy sauces.  Unfortunately for us, a typical dessert there was usually some kind of cream or mousse with very heavy glazing.  We’re more into hardcore chocolate desserts – especially if we haven’t really filled up on our dinner.

Overall it was a good break for us, but not one we’d repeat due to the food. Though we’d be hoping that our next vacation will be a lot less restrictive and we won’t be confined to our accommodation with a snuffly baby anyway.  If nothing else, this vacation served to prove that flights aren’t very pleasant, but are manageable with an almost 1 year old.