Taupo: A change for the better?

Our last morning in Rotorua was, as always, punctuated by steady showers. We killed a couple of hours reading and getting some lunch before queuing for our next bus. This one was under the command of Mr Hyde who alighted from the bus shouting and barking at anyone who came near him. He growled that he was going on an extended lunch break before disappearing in a haze of cigarette smoke. He finally returned 10 minutes after the departure time was past and permitted people to approach him. Once the bus was loaded up, he gleefully departed – informing us a number of times that he was after leaving someone behind and how it could happen to any one of us if we didn’t beware. Dr Jekyll finally took over at this point, and he settled down to take us through the hilly terrain to Rotorua without threatening anyone else.

The further we headed away from Rotorua, the more the sun struggled to break through the cloud cover until there were almost clear skies all round. The hills covered in ranches turned a brighter green as we left the last of the rain behind. Unlike the flat, curving hills back home these hills are jagged and irregular. This is explained by how they were created – for the most part they consist of debris from eruptions. Eventually plants begin to grow on them giving these uneven bumps and hills. There was plenty of pretty landscape to admire if you could drag your attention away from the antics of Mr Bean who was on endless repeat on the bus screens. I was well past saturation point by the time we turned into Taupo and made our way up the street to Taupo Urban Retreat Backpackers. This is a relatively small hostel with cabin-like rooms arranged around an open common area that is only protected from the elements by a canopy roof. It’s rather chilly in the colder weather, but quite homely as far as hostels go. 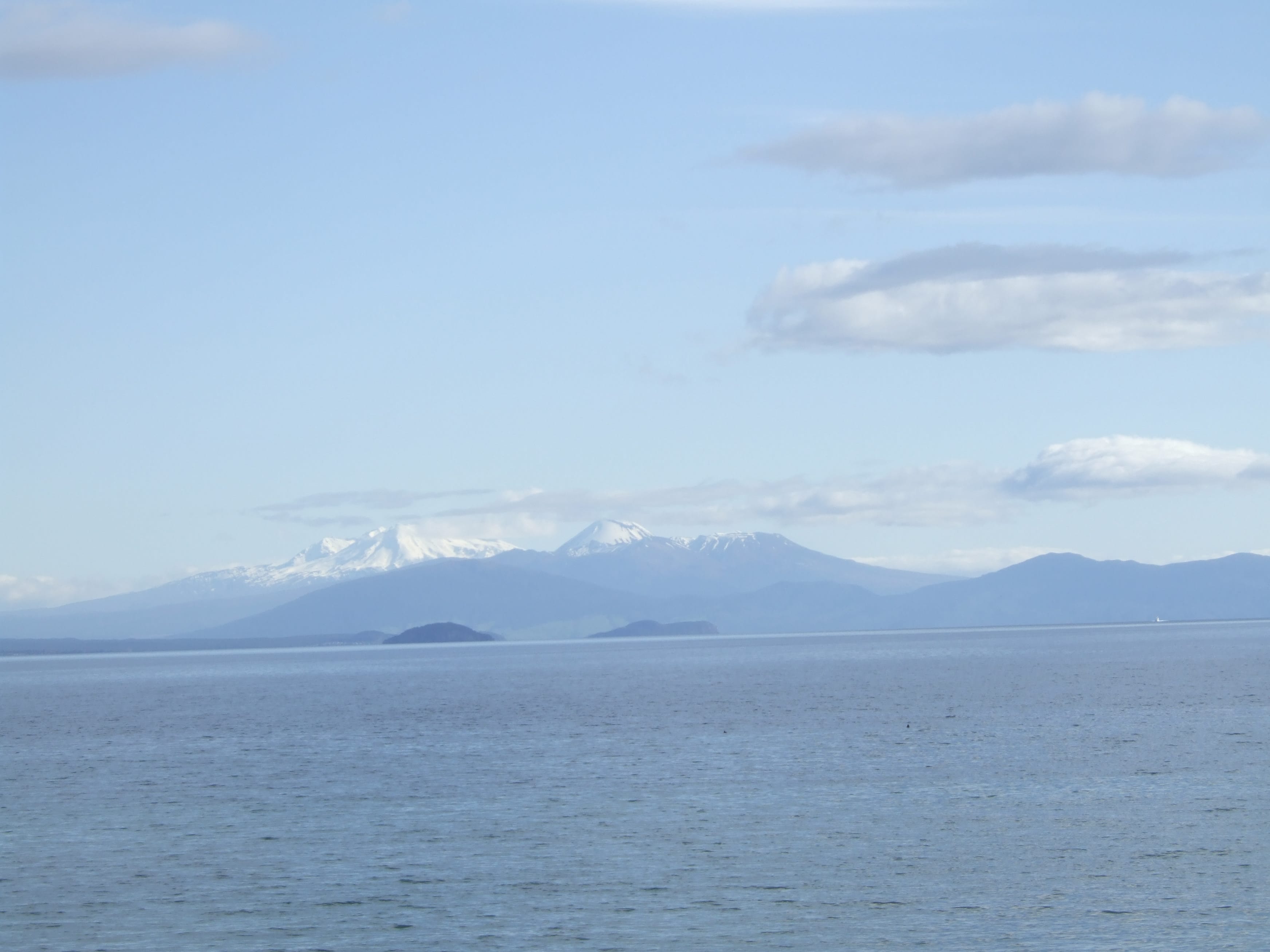 A wander around Taupo reveals a smaller, but more lively town than Rotorua. It overlooks the beautiful Lake Taupo which gives plenty of (sulphur-free) air to enjoy with the snow-topped mountains in the background. Unsurprisingly, a lot of recreational activities are based about the lake. From trout fishing, to the gimmicky hole in one pontoon out on the lake for which you can purchase a bag of golf balls and attempt to win a prize by landing in one of the holes.

One of the best parts of visiting Taupo is that this is the portion of the New Zealand trip where we’ve decided to stretch our finances a little and avail of an accommodation upgrade. The hostel took care of the first night, but we then hauled our heavy rucksacks a kilometre out of town to our new residence in the Colonial Lodge. For a few days we leave the hostel life behind for a mini apartment that comes with kitchen, laundry facilities, free wifi access and even a little jacuzzi tub. This is by far the nicest accommodation we’ve been in so far on the basis of all the facilities. Definitely on the expensive side compared to the hostels, but worth it for the chance to take a break from the road and get every article of clothing we have washed. And yet the cost per night works out very reasonably compared to Irish prices. 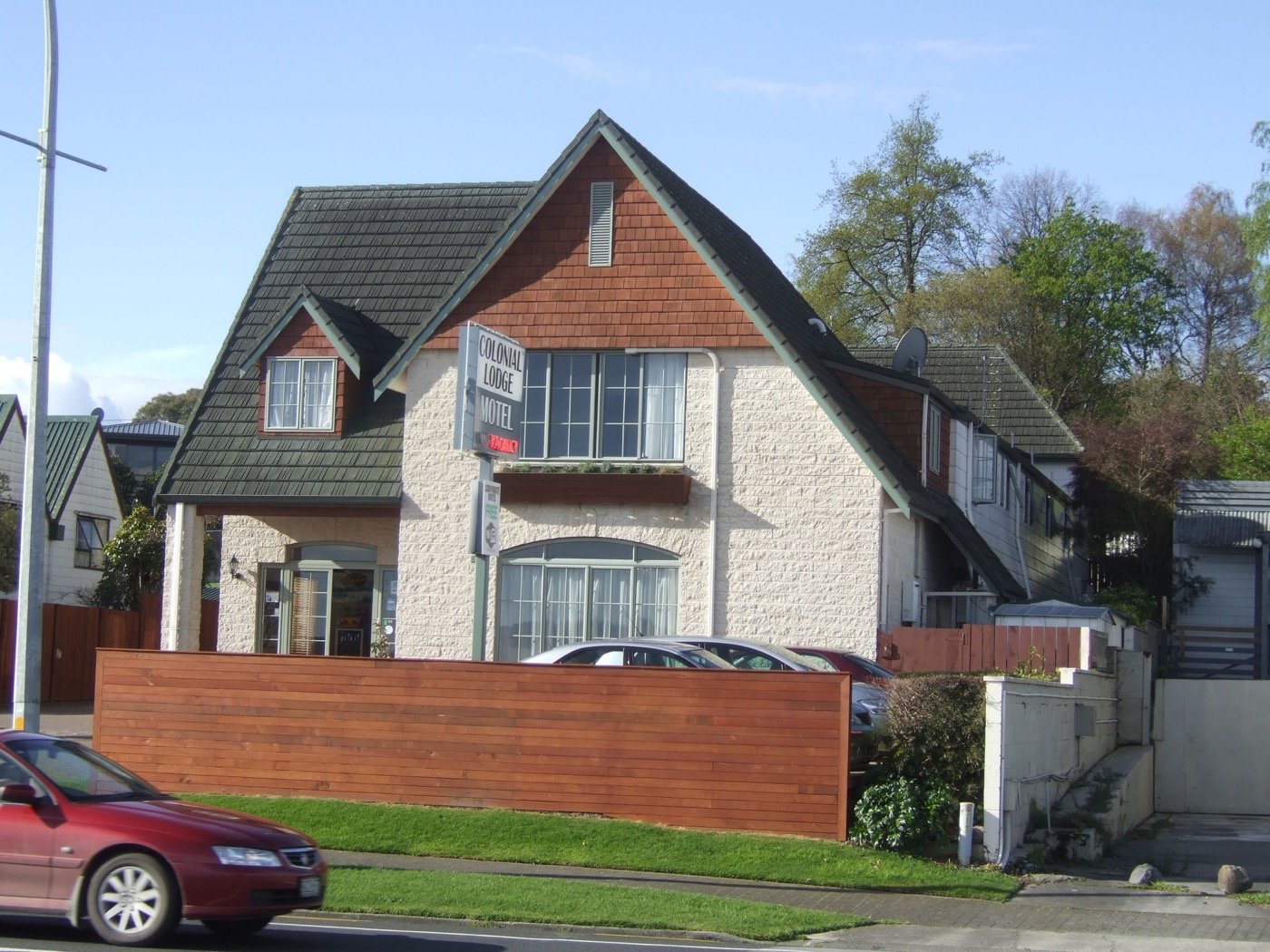