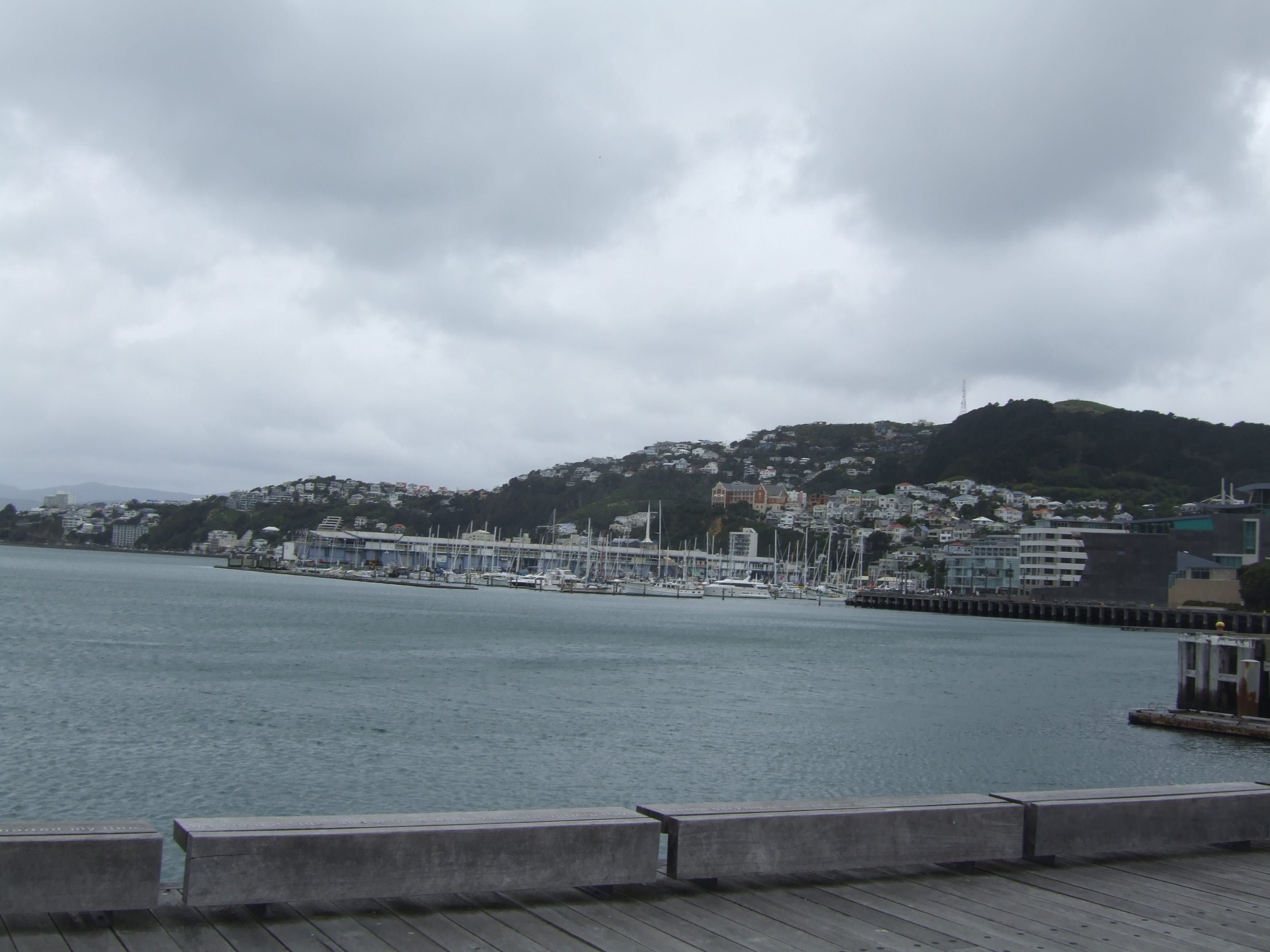 We spend a quiet day in Taupo trying to arrange some excursions that don’t clash with the weather which isn’t really improving enough. After repeated calls to Taupo Sky Dive, we eventually get picked up in the afternoon and sit through the video sales pitch and safety videos before they decide that actually no, it’s too cloudy again. I might be more irritated if I didn’t know that some of the people already suited up are there for their second time, and are still failing to get off the ground.

The weather itself isn’t so bad – it’s getting possible to avoid the rain showers and get a little sunshine in between them, just not to do the remaining activities on our list. The mountains across the lakes are still shrouded in mist and it’s chilly walking into town for dinner. We try Hell’s Pizza which seems to be doing a roaring trade in pizzas with bizarre topping combinations. It fails to past the test. We’ve been disappointed so far with the meals we’ve had in Taupo apart from the ones we’ve cooked ourselves. Back at the lodge, I take advantage of our spa tub to try and loosen a few stiff muscles just in case we get the weather for an 8 hour hike in the morning.

On the tv a very disturbing advertisement plays for Pacific Blue. All the flight staff on the plane are singing stupid ditties to the tune of Macarena. Watching them lurch around while singing about switching digital devices off, I can’t help but wonder how they think anyone would be inclined to book a flight manned by a bunch of karaoke-singing clowns. No wait, USIT would. They’re the ones who booked us on a couple of those flights getting here. Very reassuring.

We get a relatively early night, waking briefly around dawn to make a call to check the weather for the Tongariro Crossing. On hearing it’s too windy, we turn over and go straight back to sleep. We’ve tried a few times to go on this long hike, but the winds on the mountain are just too strong. The one consolation with the poor weather is that we’re in nicer accommodation than usual. On the evenings it’s been too miserable to go out, we’ve had the chance to see the best of their reality tv from Australian Idol to Masterchef. We’ve seen so little tv in the last while that it takes a few hours before we get completely bored of bad singing and even worse late night films.