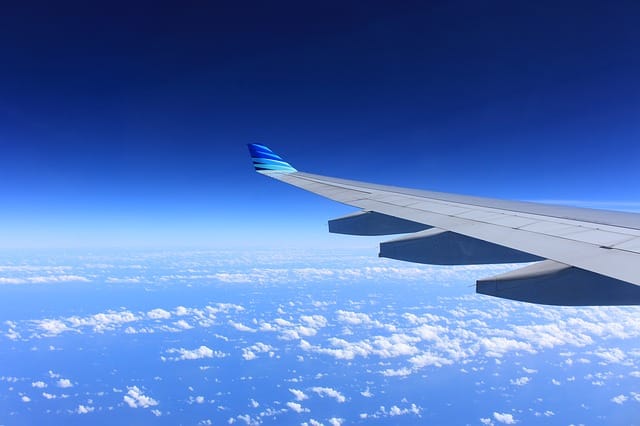 It’s the night before we head off on our trip around the world. Bags are finally packed, we’re as ready as we’re going to be for setting off apart from getting a good nights sleep. It’s 1am, I’m barely into bed and a house alarm goes off. It sounds like it’s right outside the window. If I wasn’t so tired I’d go look so I could direct my annoyance at the offending neighbour more effectively. Despite my hopes, it doesn’t stop, it goes on and on and on…  5am and it finally comes to an end. So much for getting any sleep. There’s a whole 2 hours left before it’s time to get up and get ready to leave the house.

9.30am and we’re in the airport, we’ve checked in the rucksacks and there’s just enough time before the first round of security checks to argue with O2’s customer support about exactly what charges they can add on for the privilege of diverting all calls to voicemail for the next 3 months. O2 wins, and I decide that I probably won’t get all that many calls anyhow.

11.00am – it turns out that by coincidence my brother is arriving back home from Canada (where I’m currently headed) at the gate beside us… unfortunately this is one of the terminals that actually separates arrivals from departures. Not that he can’t live without seeing me one last time before Christmas. He disembarks somewhere below us, and I leave him to explain to my mother that airport security really aren’t amenable to letting him break the rules for no good reason. We board our first flight of the day. And so, the epic journey begins…

17.00pm – many security inspections and repacking of netbooks later, we’ve got through the 4.5 hour stopover and change of terminals. We’re ready to board the first long haul flight. I’m not looking forward to this. It isn’t helped by the fact that the automated checkin system decided to put us on opposite sides of the plane. Yet there’s an empty seat right beside me. Judging by the amount of passengers looking to play musical chairs, we’re not the only ones this happened to. Somehow I manage to be the one trying to help a French-only speaking guy explain to a very late little old lady that yes, he is in her seat (beside the relatives he was separated from), but there’s one just as good waiting for her 2 rows up. She takes great offense when I ask if she speaks English after translating for the 3rd time and getting another blank look. Of course she speaks English she announces loud enough for more heads to turn and stare. Apparently she just doesn’t comprehend it so well. The air stewardess doesn’t fare much better than me, but the old lady finally takes her new seat still grumbling to herself.

It all works out for the best in the end as some sweet-talking and helpful baggage stowing on Brodie’s part earns us a whole 3 seats at the back to ourselves. This is almost like a business class upgrade for us. Just as well, as the films on offer aren’t anywhere near good enough to distract me from the claustrophobia of being stuck in a seat for 7 or 8 hours. At some point I leave Russel Crowe to reveal the final plot twists to someone else and try Jennifer Aniston, but it turns out that film is equally boring so I resort to my ipod instead.

4am (11pm local time) – we eventually catch a bus into Montreal city after lengthy queuing and a rather long conversation with the immigration officer who’s obviously looking for some entertainment and seems to think we’re his last best hope for the night. With the help of an eavesdropping local, we do eventually find our way to our hotel. My first impressions of Montreal aren’t exactly stellar, though admittedly I’m very distracted by my 10kg rucksack that is starting to feel like 30kg and growing. Lonely Planet lists the area as ‘slightly seedy’. Hmm… I decide to give it the benefit of the doubt and wait until I’ve seen more of the street in daylight before querying the slightly part.

At this stage I’m starting to feel dizzy when I stand up and my legs have that deep ache that only comes from sitting on a plane for hours, so it really isn’t very hard to get to sleep despite the active nightlife outside the window.  Tomorrow the vacation really begins…