The second trimester mostly consists of more complaining from me. When I’m not too tired to talk. No surprise that I still haven’t discovered a great love for pregnancy. I’m enjoying it even less while also trying to manage the 3 (heading towards 4) year old force of destruction. 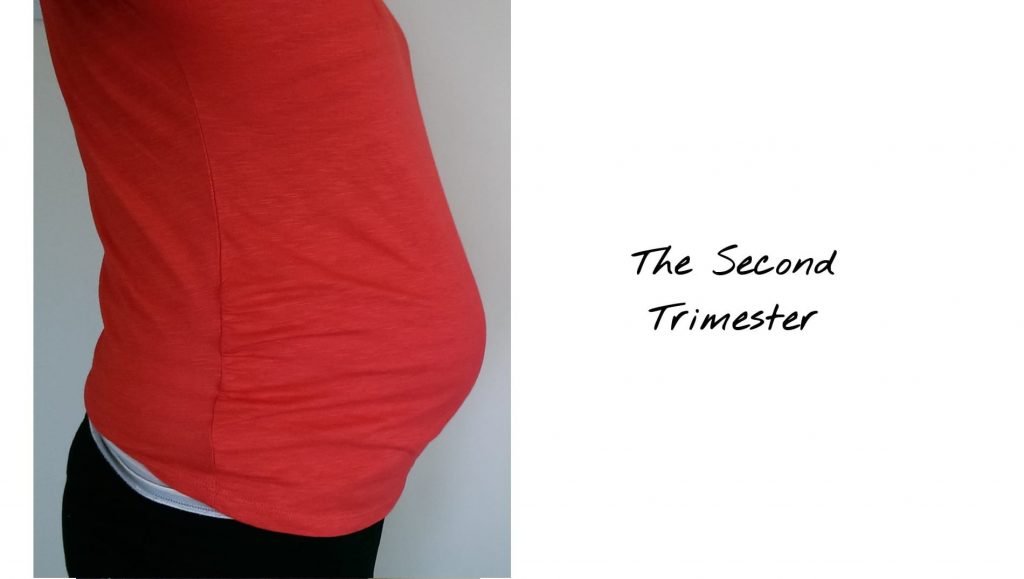 Officially in the second trimester, but not really feeling much different to the first. I had a root canal done when my first baby was 6 weeks old. Since then I’ve had on again, off again pain in my jaw/teeth in that area. It flares up for a few days at a time then fades. Not anymore. It’s been constantly bothering me for a couple of months now. I have a prescription for antibiotics that the dentist gave me at my last checkup, but haven’t filled because of the pregnancy. This week my teeth start falling apart. Literally. I had that horrifying sensation nightmares are made of where a big hunk comes off the side of one already filled molar. The dentist says it’s a common occurrence, not to worry, patches it up and sends me off.

I still feel ill, not pregnant. I’d rather ignore this pregnancy, not talk about it more. But we should probably get around to informing family of the impending arrival sometime. First however, there’s our firstborn that is still in blissful ignorance of this life-changing event. I gently broach the subject, and it turns out he’s very enthusiastic about the idea. Chances of this being the case when the baby arrives are low, but we’ll take it as a win for now. My toothache persists, so I start the course of antibiotics.

We go on a weeks holiday. On the first morning my tooth disintegrates again during breakfast. Same tooth. Opposite side. The antibiotics have had zero effect. So I spend the week of the holiday barely able to eat due to agonising pain on one side, and fear of further breaking the molar on the other side. I’m not sure my teeth could take a third pregnancy. I’m not sure they’re going to survive this one.

The nausea finally dies down as my placenta takes over fully. The relief. That’s the highlight of the week. Energy levels remain at ‘almost empty’ unfortunately. Meanwhile it’s back to the dentist. He files down my molars to change my bite and diagnoses ‘dry socket’ as the cause of the aching. Another patch job on the molar. He swears it’s just bad luck. I eliminate all hard food from my diet because I have zero confidence in my chewing ability now and just can’t face another dentist visit in the near future.

I sip coconut water all day long and still find that every inch of skin looks desiccated, though it does help a little with the ever-present heartburn. I slather on moisturiser and it has no effect. The patches of skin on my left hand that bothered me all through pregnancy and breastfeeding last time flare up with nasty dry rashes again that refuse to go away. The itch drives me mad and keeps me awake at nights when my chest isn’t on fire with the heartburn. Yep, really loving this pregnancy.

It’s definitely time to break out the maternity wear. If only I could find the maternity jeans I actually didn’t hate last time. They’re buried somewhere in about 30 boxes of baby things in the darkest and most awkward to reach corner of my parent’s attic. Life is too short, and peering into boxes is antagonising my heartburn. I add maternity shopping to the list for next week.

Second scan. I brave the bus into town with my hands full of 3.5 year old, intense heartburn, and godawful motion sickness. I can’t travel on public transport when pregnant. This is definitely the last bus trip for me. I hand off the child to my husband and make my second visit to the Rotunda. There’s the same technician from my first scan. The nice, but total oddball one. I ask her to write down the gender for me. She keeps forgetting the gender and rechecks 3 times during the scan before scribbling me a note. Thankfully she’s happy that everything is where it’s supposed to be, and everything looks healthy. Then she hums and haws over dates. It’s a choice of accepting an earlier due date, or flagging the baby as a ‘massive’ size because it’s measuring 5 days bigger. Rather than argue the accuracy of scans with crazy lady, I go with the lesser of the two evils. Week 21 officially becomes week 22 just like that.

After retrieving the cranky child and bribing him with icecream, I make it into Debenhams in search of replacement maternity jeans and successfully leave ten minutes later with stretchy maternity Red Herring bootcut jeans. These won’t fit in another few months, but I’ll be living in them post-baby for at least 6 months. Worth the purchase. The remainder of my maternity wardrobe will consist of tops from H&M and the raggedy leggings and stretchy skirts that were my work uniform last time. Clothing sorted for the foreseeable future.

It’s back to the vomit-inducing bus, and propping up a conked out child all the way home as it bounces in and out of estates. He refuses to wake up for our stop, so I get to attempt dragging a folded buggy off the bus while holding a comatose child awkwardly against a fat belly. Another passenger finally takes the hint and lifts the buggy down for me.

I have done no exercise for at least 20 weeks. I dutifully sign up again for pregnancy yoga. The best thing I did during my last pregnancy. Sadly I’m living too far away to return to the same classes. The new ones are just up the road so there’s some hope of me getting there one evening a week, but they definitely aren’t the same intense workout that left me feel like I’d really done something. Nor do they have the same community vibe that provided a lot of additional mental support. Still, it’s a bit of guaranteed exercise each week as I’m utterly failing at doing any other exercise. I can blame the woeful weather, the resistant child and the lack of sleep… but ultimately I’m feeling a lot crappier for the lack of exercise regardless of the reason. I’ll address it. Eventually. Meanwhile there’s a stack of comfort food with my name on it…

Choosing a name. I hate this part. It took us ages to reach consensus the last time. This is even harder. Especially when every conversation about potential names gets interrupted by a hyper firstborn child whose helpful suggestions of ‘Dinoroa’ and ‘Boo’ also get shot down. This ongoing conversation is going to stretch into the third trimester.

My child is becoming accustomed to constant requests that he pick up the latest thing I’ve just dropped (for the third time in a row).  I’m incapable of picking up anything without dropping it seconds later. And oh my god, the heartburn. It’s just relentless. Not helped by all when my servant loses patience goes rogue. Not only does he refuse to pick things up for me, he goes out of his way to make me crawl about floors.

My skin is aching, as it’s relentlessly stretched even further. My energy levels are plummeting. I’m not terribly surprised when I develop a nasty blister/ulster on the side of my mouth that stops me eating much with the pain for a couple of days. I feel very run-down and enormous. People keep telling my bump is small. At the antenatal checkup I’m told it’s measuring exactly on track.

Exhausted. Exhausted. Exhausted. I’m craving some company other than an increasingly temperamental 3 1/2 year old. But I’m unable to muster the energy to actually go out, or worse yet, maintain a conversation with anyone. There’s still little sign of summer weather to entice us out.

The mirror in yoga class reveals just how large my thighs are getting. My bump is now in hiding, dwarfed between my thighs. No wonder people think it’s small. It’s an optical illusion. I turn to face the opposite way on the yoga mat. Could be a year before I risk looking too closely in a full-length mirror again.

Holy crap, I am so tired. So much for ‘blooming’ or recovering my energy in the second trimester. And the third trimester is looming. I am dreading the thought that the exhaustion is probably going to increase again. On that cheerful note, I sleepwalk through the last few days of my second trimester. Tick tock, tick tock.