We are firmly in toddler territory in this house. You can almost predict how most conversations will go. I’ll give you a hint – it generally involves the toddler saying “No” to absolutely everything. Unless, of course, you actually want him to. A high proportion of these ‘conversations’ will result in one or both parties broken and sobbing by the end of it.

Here’s the thing. It’s not us (his parents), it’s totally him. 75% of the time this toddler is spoiling for a fight. Over anything. It doesn’t matter what. He just instinctively needs to engage in conflict and obtain a result. If he must, he will revert to risking his life doing unsafe things to generate the appropriate level of parental upset. The easiest option however, is to take a nonsensical stance on something random and explode if the parent dealing with the situation deviates even slightly from the script that the toddler hasn’t bothered giving them. I try to see these situations as special ‘toddler challenges’ he has set for us to fill an otherwise normal and boring day with. Rather than him just being a _insert uncomplimentary name here_.

Of course inevitably, there will have to be at least one toddler explosion. This is required to release all the pent-up emotion of the day. Ideally though, you get to choose when and where this occurs, and limit the collateral damage. First thing in the morning is not an ideal time for dealing with raging emotional turmoil. Not until at least some caffeine has been consumed anyway. 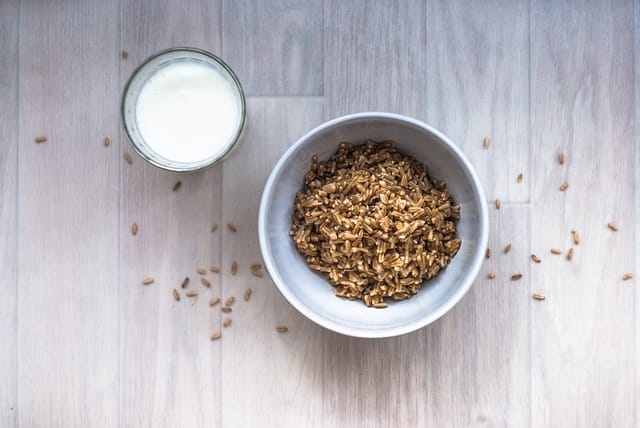 This, is the Breakfast Challenge.

Picture the scene. Early morning wakeup. Everyone’s tired, but the toddler has decided that the day has begun with a rousing, “Well, get up then!”

You get up, reluctantly. The insistently prodding voice in the background. Negotiate a cranky toddler into clothing and persuade him downstairs to the kitchen. The answer to absolutely every question he’s asked being “I don’t want porridge”.

“Do you want to wear your slippers or shoes?”
“I don’t want porridge!”

“Are you ready to come downstairs?”
“I don’t want porridge!”

It’s at this point that deciding what to say to him will dictate the tone of the entire day. Do you know the ‘right’ way to handle this particular toddler challenge? Here’s an example of the wrong response:

“You have to have something to eat for breakfast.”
“I don’t want porridge!!”

“Do you want toast instead?”
“None of them! I’m not eating breakfast today!” Here’s the right way of handling the situation (in this house, with this toddler):

“Ok. I’m going to make some porridge for me to eat because I’m hungry. Your toys are in the sitting room if you want to go and play with them instead.”
Silence.

*Takes out a bowl and pours in oats*
Silence.

Serve toddler porridge. Eat yours with some small sense of smugness.

Despite feeling like you’re repetitively participating in a not very funny sitcom that airs the exact same episode every morning… breakfast is so much easier when you’re following the same script as your toddler. We both win as I dance to his unreasonable tune, and he eventually decides that he wants to eat a healthy breakfast with minimal persuasion or stress on my part.

Once breakfast is done with, I cross my fingers that I will make the right choice the next fifty times I have a conversation with my toddler during the day. Anyone have the script for all the other toddler challenges he throws my way? Even a pointer in the right direction???