Having seen a little of East Toronto, we looked to the West where High Park sprawls from North to South of the city. There are plenty of trails taking you just enough into the wilderness that it feels like you’ve left some of the noise of the city behind. At least until one of the many dogs in the unleashed areas thunders past. Some of them might be better classed as horses. It’s another nice area to spend time in with a variety of places to suit everyone.

Catching a street car brings you back into downtown Toronto soon enough where there are plenty of good places to eat, especially along College St and in Chinatown. We particularly liked Utopia for some tasty good value food. And you can’t beat Starbucks for a large tea or coffee with cinnamon rolls from Tim Hortons for breakfast on the days when it’s not included with your accommodation. If you’re in search of vintage clothing Kensington market has some interesting stalls to browse. Not so much use when you’re trying to avoid putting anything else into your backpack though. 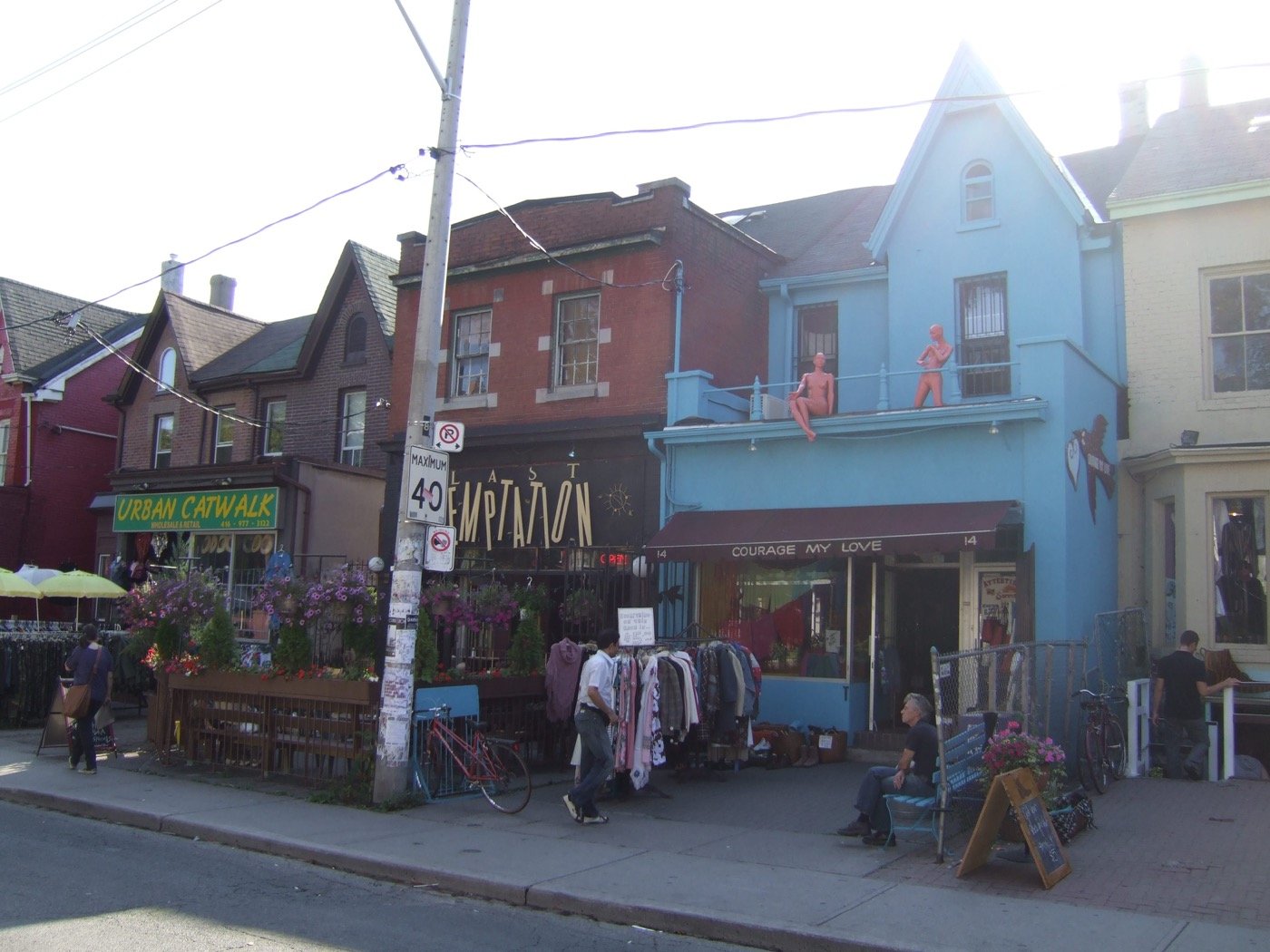 We took advantage of being close to Rogers Centre (home of the Blue Jays baseball team) and booked the cheapest tickets available to see the Blue Jays play the Minnesota Twins. Somewhat ironic to have the ultimate American experience in Canada. Baseball sure isn’t cricket, which is a good thing as it meant we were able to pick up most of the rules as we went along. In what had at one point seemed like a game that wouldn’t have any score at all, the Blue Jays pulled 6 runs out of nowhere in the 6th inning with a home run, and went on to win 6-3. It was actually hard to pay attention to what was going on on the pitch as we watched people try to maim each other while chasing balls that went into the stands (which happened quite often).

We were also distracted due to being surrounded by college students from both sides who obviously weren’t there for the ball game, but for some energetic taunting. The Canadians may have won the baseball game, but the more organised American students took the tactical route of deciding it didn’t matter what was happening on the pitch – he who shouts loudest and longest wins. Game over. An irate Blue Jays fan did earn a round of applause for his heartfelt tirade covering how some people actually wanted to watch the game, and his surprise that any of these students had managed to make it into a college of any description. “Don’t make me use profanities in front of my kids!”. 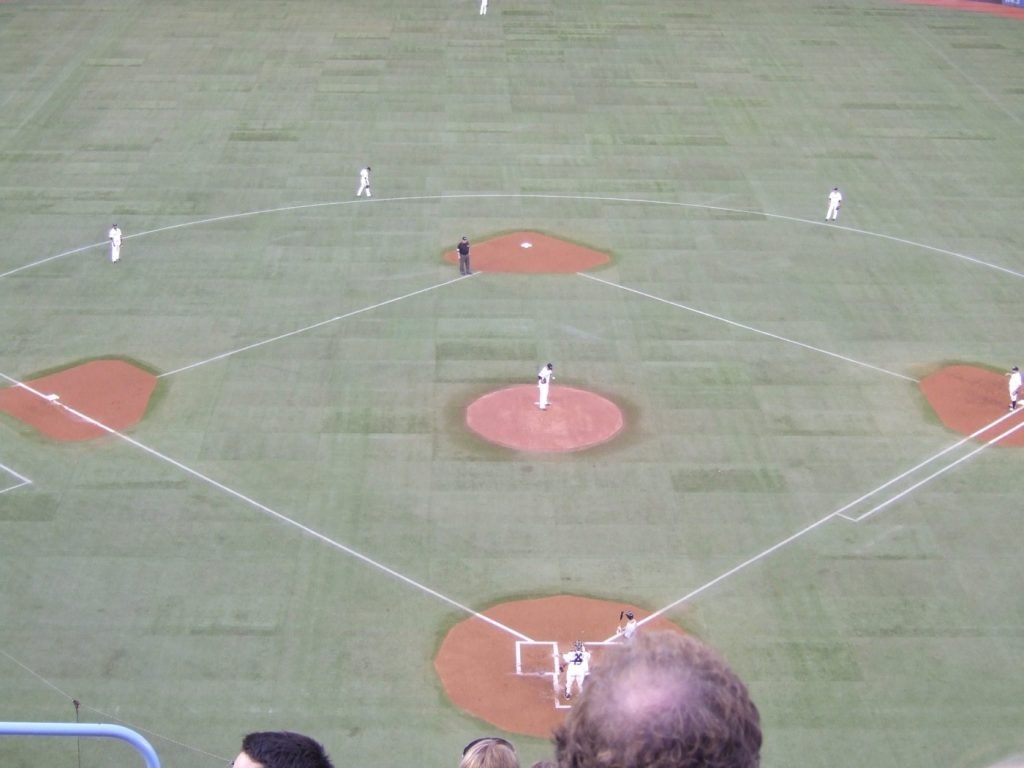 According to the papers the attendance for these matches has been in a steady decline as the end of the season approaches. This did have an effect on the atmosphere for the game, but enabled us to get two tickets for $28 CAD at short notice. It’s not a bad way to spend a free evening. We didn’t get around to seeing a hockey game to compare, but maybe next time!