Moving on from Montreal, we travelled to Toronto with VIA Rail. It’s a little costly at $116 each, but lets you travel in relative comfort. You can pre-book your seats and they even provide sockets for your laptop to charge, though you do have to pay for wifi. The wannabe yoga jedi master that was trying to impress the guy sitting behind me came for free.

Apart from his yoga prowess, this guy had many claims to greatness. He can watch a video on something he’s never done before and immediately be able to instruct others professionally – like the woman he taught who can now swing a golf club without falling over (I kid you not). He spent time in a Cuban village in the middle of nowhere where he wept at how free they all were. And just for good measure, I’m now all up to date about how we’re all ‘moon’ or ‘sun’ types of people (of course this guy was so good he was both).  It’s amazing how much information you can absorb even when you’ve turned your headphones up to try and drown out a conversation nearby. I never did find out if he got the guy’s number after we got off the train.

Apart from the benefit of fellow passengers addressing your lack of education, the train is a good way to see a little of Canada outside of the cities. Despite travelling a short distance (5 hours) within the same country, the culture change between the cities comes as a bit of a shock. It’s like arriving on a completely different continent. After being submerged in Montreal’s culture, it’s a jolt to find yourself in Toronto, which seems so American in contrast.

Our first nights accommodation was booked last minute so it was a case of take what you can get. In this case it was in College Backpackers. This counted as a bed for the night, and that’s about it. It was a little like sleeping in a sauna. After the long train journey, it didn’t rate highly for getting much sleep. Thankfully, the rest of our stay was booked with Global Village Backpackers at the corner of King St and Spadina. A definite upgrade, though the street cars going past at night sound like someone having a terrible accident where heavy trolleys full of crockery encounter a solid wall. 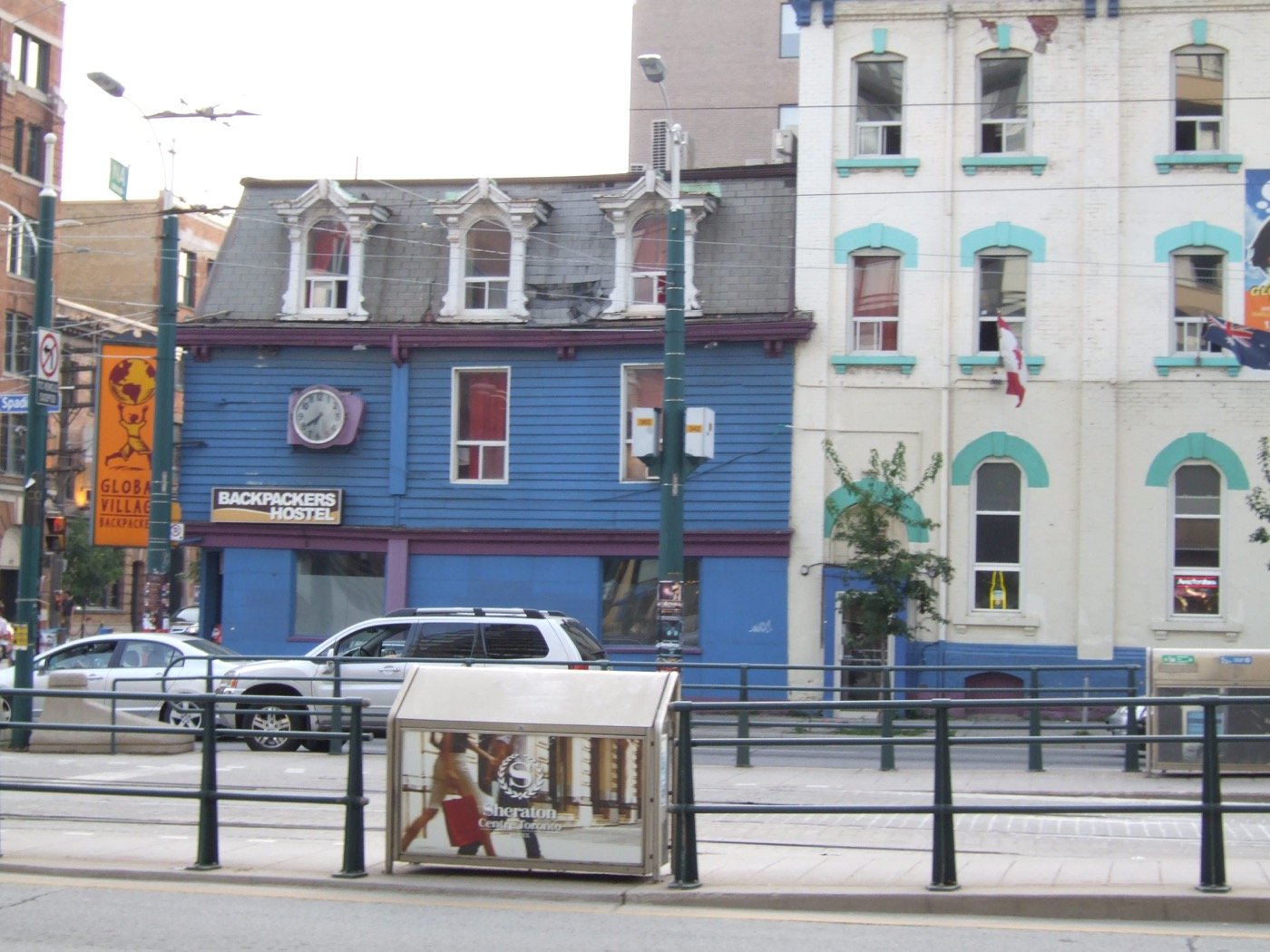 It’s a colourful place to stay (literally). The kitchen is currently undergoing renovations, and wifi access involves some kind of random voodoo ritual each time to get connected, but aside from that it’s comfortable enough. Breakfast of pancakes and maple syrup is available every morning. There’s a strong fascination in the hostel breakfast room for tuning into american style ‘Worst Driver’ / ‘Hidden Camera’ type shows. I feel stupider the longer I sit within earshot trying to write on my netbook, and a lot less safe walking around Toronto as I see some of the drivers demonstrating why some people should never be let behind the wheel of a car.  But back to Toronto itself…

Toronto seems much bigger and city-like than Montreal. You can also tell it’s just across the pond from the US as the accents change and every second word is like or awesome. Just as when I’ve visited the USA, I was horribly disappointed that they take a great drink like Coke and absolutely poison it with sugar. Back to tea for my caffeine fixes for now…  though Brodie is being a lot more careful after ‘sweetening’ his tea with a good dose of salt by accident. A culinary experiment to be avoided. 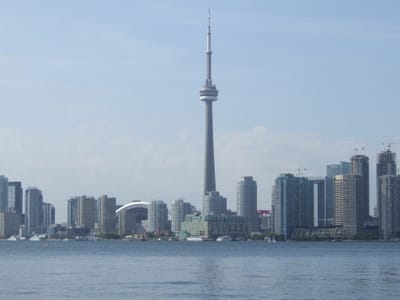 Overall Toronto seems to be a clean and efficient place, the skyline dominated by the impressive CN tower. We have our metro passes bought for the week so we’ll be able to explore outside of downtown Toronto.