A victory for equality – of sorts?

Last week the people of Ireland (or at least 62% of those who voted) chose to legalise same-sex marriage. It was a historic referendum for many reasons. Possibly a one-of-a-kind referendum for this country. What made this referendum different to others? You only have to look at the turnout to see how much more important this one was to everyone. In general the voting turnout has been on a serious decline in this country as your average joe becomes more and more disillusioned with how the country is run. Turnout was high this time, over 60%. People that had never voted before registered, just so they could vote on this one issue. The #hometovote movement captured the imagination of the country, if not the world, with a mass exodus of emigrants back home to vote. This referendum was the one that spoke to new generations of potential voters like no referendum had before. And this time, they wanted their voices heard.

The campaign was tough and bitter. Families found themselves divided, often across age barriers, sometimes across religious ones. Some people were so disappointed at the attitude of their relatives or friends that they outed them on social media, or cut them off completely. A quandary of the right to free speech versus standing up for human rights. Others nervously pondered how to gently nudge closed minds along so that they might open the door a fraction more to the possibility of voting Yes. Then the votes were cast, and an anxious wait began. Many people with hopes raised of a positive outcome. Hoping desperately for a result that wouldn’t disappoint, but not daring to presume anything. When it became clear that the Yes side would win there was great relief as people stopped holding their breaths and wondering how they would move on if the result was No. There was jubilation in Dublin, in particular, where the highest Yes votes were recorded. Many comparisons to the carnival atmosphere of Italia 90 were mentioned. It was time for a great big party.

A few days later and questions started popping up on my Facebook timeline. Not from Irish people, but often from those who had spent a year or two living here and had since moved on. “Should Ireland not be spending their time and money first on fixing their abortion laws?”, said some. Or, “Why did this need a referendum in the first place?” To answer these questions, you have to take a wider look at Irish society as it currently stands.

There was a second vote also held on Friday 22nd May that got little coverage or attention in comparison to marriage equality. A vote to lower the minimum presidential candidate age from 35 to 21. It was soundly defeated, 3 to 1. When the subject of this second vote first came up, my initial reaction was that it was crazy to think of having a 21 year old as president of a country. Apparently this was a common reaction. However as the voting date approached, I asked my husband what way he was going to vote. It turned out that both of us had independently decided on a Yes vote for this too. Not because we thought a 21 year old president was a good idea, but because we wanted to vote Yes for all kinds of equality. Would we ever vote for a 21 year old? Most probably not. But that didn’t mean we weren’t happy for one to give it a shot and try to convince us to vote for them. That’s not how everyone thought about it.

The other day my mother commented on my brother being so excited to celebrate the Yes result. I asked her, “Does that mean you’re NOT excited about the result?” and she swiftly countered that she’d voted Yes, as if that answered my question. I made a non-committal noise, and the conversation moved on. But it started me thinking more deeply about where some of the Yes votes came from. An older generation who probably don’t know any LGBT people that they count as family or friends. Who grew up in a time when being gay was illegal. They don’t see themselves as homophobic, but are accustomed to such things being kept quiet and out of the limelight. Who were nudged along by their children to vote Yes and did, because logically it was the right way to vote. Because they couldn’t justify to themselves or others not voting Yes. But if you look closely at their reaction to the result, their heart wasn’t really in it. Therefore they don’t “get” the excitement and relief on display when the marriage equality referendum passed.

I think the answer to why Ireland voted on marriage equality in the first place is closely tied to this. You would think that the strong Yes result means that a referendum wasn’t really necessary. But the reaction of many says it was on some important levels. There were plenty of reluctant yes voters that could easily have been part of the ‘silent no vote’ instead. There’s a vast difference between a government deciding that same-sex marriages are now legal versus putting it to public vote.  I’m not sure I’d choose to marry a loved one just because it was legal, if I still wondered whether the majority of people in my country actually supported that right when put to the test.  Happily the answer was yes for marriage equality.  Yet you might think that someone voting against gender discrimination would also vote against ageism. The results say no to that. Some people dismissed that issue so far as to spoil their vote because they felt they should be voting to ‘repeal the 8th’ instead. A completely unrelated issue.

Ireland has changed so much in the last couple of generations. But it takes time for attitudes that people were born and bred with to be altered.  For them to fully accept and embrace change. The time was right to take the issue of marriage equality to the vote. There are many other issues in this country that should, and hopefully will, be fixed eventually. Do I think there were more important issues that we could have voted on last week? Probably. Do I think they would have garnered a Yes result? Probably not. Not yet. Those ‘reluctant yes’ voters for marriage equality, I feel, would be definite no’s on other votes. Even for a relatively ‘minor’ one like the age of presidential candidates.  You take your wins where you can. Friday was a good day for equal rights in Ireland, without taking away from the importance of rights that still have to be fought for. So no, we didn’t have anything better to think or vote on last week. But we may have pushed the door open a little wider for change in the next referendum, whatever that may be about.  And that’s another little victory to celebrate. 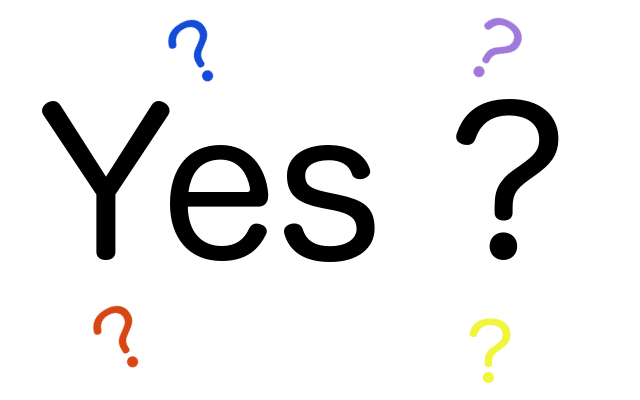